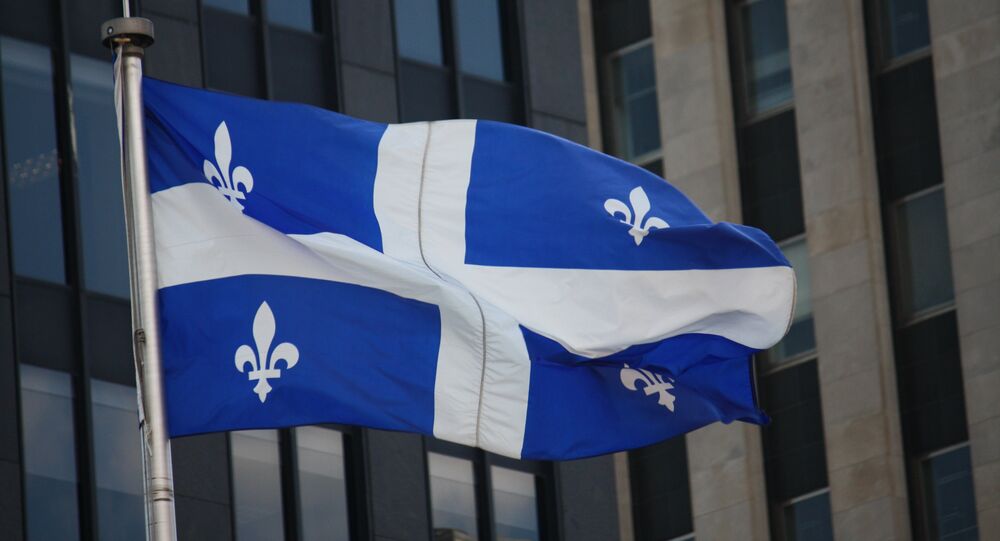 The electoral victory of a center-right coalition in Canada’s Quebec province is a follow up to the recent shift to the right in Ontario province, where a Conservative government came to power in June, ending the Liberals’ longtime rule in the country’s most populous province

In a statement seen by many as targeting minority religious groups and immigrants, Genevieve Guilbault, elected to the National Assembly of Quebec on the Coalition Avenir Quebec (CAQ), said that public servants in positions of authority will not be allowed to wear religious symbols, such as the Muslim hijab or Jewish kippa.

Those who refuse will be assigned to different jobs or fired, she added.

“Those people will be free to relocate to another job that will not be in an authority situation,” Guilbault said. “It will be up to them at that point to make the necessary choice,” she added.

After the new law has been adopted, there will be a “transition period” for those affected.
Coalition leader Francois Legault said Tuesday that his government would defend the new legislation if it is challenged in a court of law.

“I think it’s something with which you have to pay careful attention,” Trudeau said.

The Coalition has also pledged to take in 10,000 fewer immigrants a year and to deport those who fail tests in French and on Quebec values within three years.

Anti-racism groups are planning a demonstration in Montreal Sunday to protest what they call the Coalition’s “xenophobic politics,” but Coalition spokesman Simon Jolin-Barrette dismissed the charge as off base.

“The CAQ is a party that is very open. There is not in any way a question of racism. We show our great openness through the policies we are going to introduce,” he argued.

“Quebecers are welcome and generous. We are going to welcome thousands of immigrants every year, but we are going to do it in a way that favors integration,” Legault said.

“We will take fewer of them, but we will take care of them,” he promised.

Francois Legault, Quebec’s new premier-elect, won a landslide victory in Monday’s elections with his Coalition Avenir Quebec, founded only seven years ago, taking 74 of the 125 seats in the legislature of Canada’s mostly French-speaking province.

The CAQ’s victory reflects the recent shift to the right in Ontario province, where the Progressive Conservative government came to power in June, ending the Liberals’ longtime rule in the country’s most populous province.