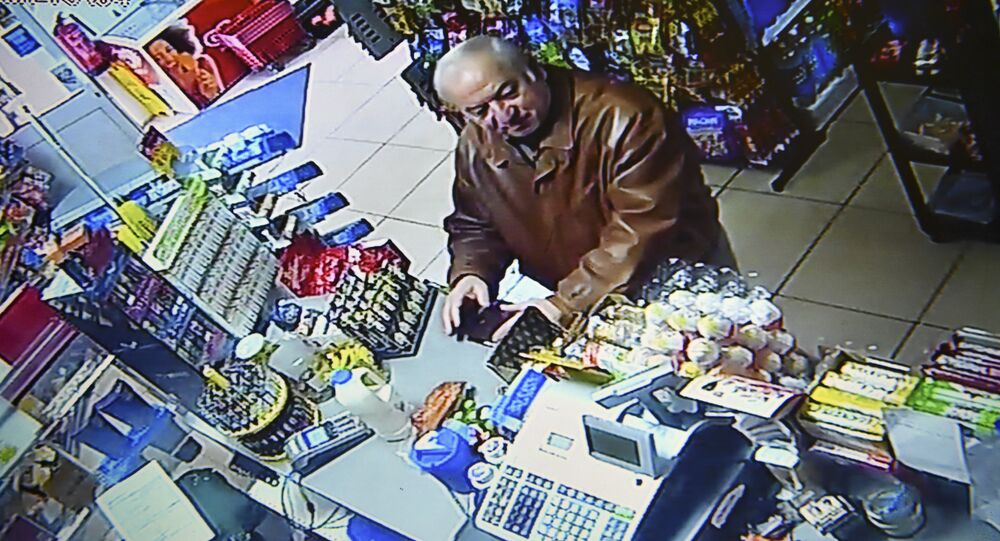 Former GRU colonel Sergei Skripal, who was purportedly exposed to a nerve agent in Salisbury, UK in early March, is said to have been working with intelligence agents from Spain in recent years, The New York Times reported.

The media outlet cited an unnamed senior Spanish official and Spanish writer Fernando Rueda as saying that Skripal had held a number of meetings with officers from Spain’s intelligence service, CNI; however, the content and timing of the encounters are reported to be classified.

“He continued coming to Spain,” the NYT quoted Rueda and added that while serving as a GRU colonel, Sergei Skripal was posted in the Spanish capital, Madrid, in the mid-1990s, working as a military attaché at the Russian Embassy.

© Sputnik / Нэнси Сисель
Skripal Skeptics: Which Countries Didn't Agree With UK's Assessment of Case at UN
According to the NYT, Skripal’s alleged visits to Spain were confirmed by a current senior official, who refused to provide any additional details, but some former officials claimed that the ex-GRU colonel “would have been especially useful in crackdowns on Russian organized crime.”

The New York Times also suggested that Skripal had traveled to the capital of the Czech Republic, Prague, in 2012 and to the Estonian capital, Tallinn, in 2016 to brief local intelligence officers. The trips were purportedly arranged and endorsed by MI6, who had recruited Skripal as a spy in the mid-1990s.

According to the media outlet, during his “lectures” to foreign spies, Skripal might have revealed information that later led to the exposure and ouster of undercover operatives.

“It contributed to improving our work,” the newspaper cited a European official with knowledge of the meetings as saying.

Earlier this week, the Metropolitan Police released photos of two men, identified as Alexander Petrov and Ruslan Boshirov, who are now regarded by UK prosecutors as suspects in the alleged poisoning attack against Sergei and Yulia Skripal in March.

Later on the same day, Prime Minister Theresa May addressed the parliament to say that her government had come to a conclusion, “based on the body of intelligence,” that “the two individuals named by the police and [prosecutors] are officers from the Russian military intelligence service, also known as the GRU.”

The Skripal case was also raised at a UN meeting in New York earlier this week, where UK Ambassador Karen Pierce claimed London had “clear evidence” of Russia’s role in the Salisbury incident.

“This evidence is being sufficient for our independent prosecuting authorities to bring criminal charges in relation to Salisbury attack and to issue European arrest warrants. With respect to these two individuals, we have obtained a European arrest warrant and we will shortly issue an Interpol Red Notice,” Pierce said.

Responding to the new details about the Skripal investigation, Russia’s Permanent Representative to the United Nations Vassily Nebenzia said that the fresh information presented by London was based on the same repeated lies.

“To be frank we very much hoped that today we’d hear something convincing that sheds light on this mysterious incident, unfortunately, our expectations were not met once again. In today’s statement, we heard the same repeated lies,” Nebenzia said.

The purported footage, published by MailOnline on September 6, showed two men window-shopping in Salisbury just hours before the Skripals were hospitalized. The individuals, who reportedly traveled to London from Moscow on Russian passports, are believed to have used aliases, according to the UK police.

They are also said to have been in the UK from March 2 to March 4.

In March, Sergei and his daughter Yulia were found collapsed on a park bench in the British town of Salisbury after allegedly being exposed to a military-grade nerve agent, later identified by the UK as Soviet-made Novichok.

© AFP 2021 / Adrian DENNIS
May's Statement on Skripal Case Unacceptable - Russian Foreign Ministry
Shortly after the incident, the British authorities accused Russia of attempted murder without providing any proof, with Moscow consistently denying any involvement and offering to assist in the poisoning probe instead.

The proposal was, however, ignored by London. The UK government’s accusations triggered a diplomatic row between the two countries, which reached its climax in a quid pro quo expulsion of dozens of diplomats.

Despite initial claims that the substance in question, used against the Skripal family, had a lethal effect, and the two victims might never recover again, both Yulia and Sergei regained consciousness and were discharged from the hospital on April 11 and May 18, respectively.

Case Closed? Not So Fast: Unanswered Questions in Skripal Poisoning