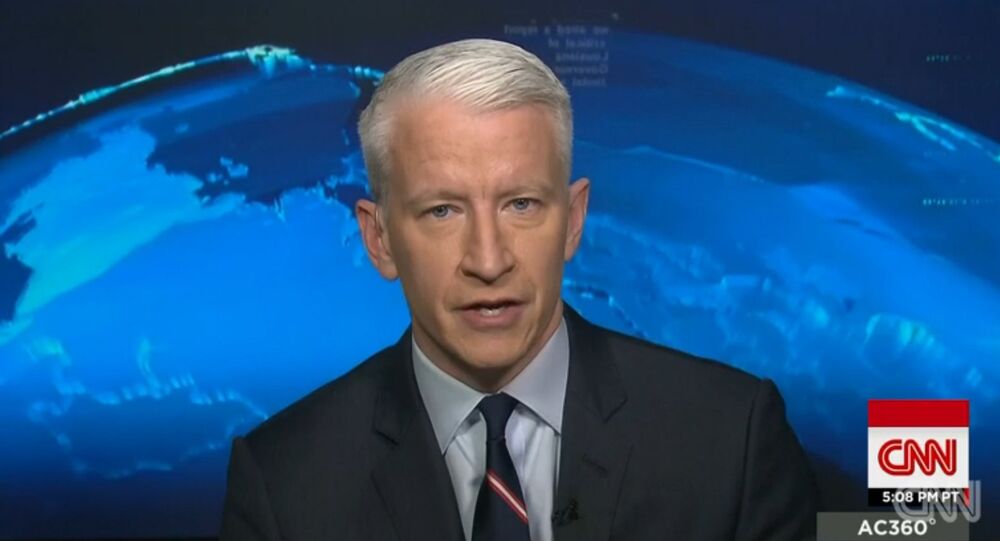 CNN anchor Anderson Cooper did not think Monday’s news conference in Helsinki, Finland, between Russian President Vladimir Putin and US President Donald Trump went well, calling it “one of the most disgraceful performances by an American leader.”

"You have been watching perhaps one of the most disgraceful performances by an American president at a summit in front of a Russian leader certainly than I've ever seen." — Anderson Cooper on Trump-Putin summit pic.twitter.com/xHbmAZl0y3

"You have been watching perhaps one of the most disgraceful performances by an American president at a summit in front of a Russian leader certainly than I've ever seen — an extraordinary press conference," Cooper said. Rather than reporting on what occurred, the anchor instead jumped into his own speculation moments after the press conference ended.

You can agree with what Anderson Cooper said, but this was biased and disgraceful reporting. His job is to report to you what words were said, or what actions were done. Report the facts and not give his opinions which influences the audience on what to think.

"Anderson Cooper" is not a journalist. He can opine as he chooses and editorialize all day as an American, but any claims of his to be a journalist from here on our will be laughable at best. As a reporter, you simply cannot make statements as he has. @andersoncooper @AC360

​During the press conference, Trump reiterated his claim that there was "no collusion" between Moscow and the president's 2016 campaign and impugned Special Counsel Robert Mueller's probe as a "disaster for our country."

Reviewing the history of disgraceful actions on the part of American leaders, several Twitter users noted that it just might be possible that holding a press conference with a foreign head of state is not the most horrific thing an American president can do.

the trail of tears https://t.co/zltIZyZbKY

Chuck Todd was nearly as quick as Cooper to decry the news conference.

Wow, Trump is going out of his way to praise Russia. I guess “wow” is now an understatement, but this is truly a remarkable moment in American history, 72 hours after the DoJ accused Russia of a criminal act against the democracy, POTUS essentially forgives Russia on world stage

​Many liberals have said the news conference was evidence of "treason," though it's difficult to see how two leaders meeting and holding a press conference — doing their jobs — could be construed as evidence of treason in any sense of the word.

​Speaking about the US-Russia relationship, Trump said, "Our relationship has never been worse than it is now. However, that changed as of about four hours ago. Nothing would be easier politically than to refuse to meet, to refuse to engage, but that would not accomplish anything. As president, I cannot make decisions on foreign policy in a futile effort to appease partisan critics or the media or Democrats who want to do nothing but resist and obstruct."

Real #Treason is the main stream media and intelligence agencies lying to the American people to get them into a pointless WAR.

Why should they ever be believed after all the crimes that they have committed within the last few years?

​Putin also dismissed the allegations of collusion between Moscow and the Trump campaign, saying, "It's difficult to imagine an utter nonsense of a bigger scale than this."