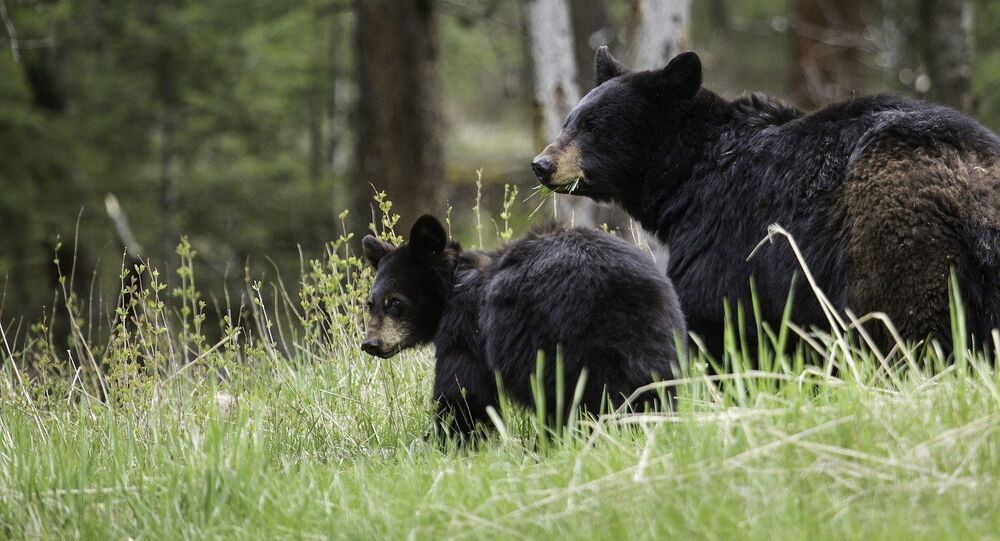 Conservation specialists warn of the potential risk of feeding wild animals which could become conditioned to think they can approach humans to have a snack.

The videos and photos posted on the Instagram accounts of a family in West Vancouver, Canada, show children hand-feeding a bear cub crackers and laughing when the cub reaches out for more.

Specialists say that while bear cubs may seem adorable, when they grow up into 150-kilogram adults, even a playful swat can be dangerous.

© Photo : Yury Kokovin
Ordinary Day in Russia: Bears Walk Through Streets of Siberian Town (PHOTOS)
Also shown in the videos is a man who is feeding crackers to the cub’s mother from a sliding glass door. Other photos reveal the bear family picking up food left for them in the backyard.

According to Lonnie Schoenthal, one of the conservation officers called to investigate the incident, when bears are fed by people – either intentionally or unintentionally — they could be prompted to believe that they can approach humans to get food.

​Bear conservationist Christine Miller of the North Shore Black Bear Society said that hand feeding wild animals is putting people and wildlife in danger as such actions will more than likely result in the bears being killed.

Officers monitoring an area on the west coast of Vancouver Island have noticed some bears coming to the edge of a local highway looking for food.

A couple of bears have even been struck and killed by vehicles in the same area.

oh. my. word. this is so careless!!! Teaching their children horrible behaviours that could one day even get them killed. But sadly, these bears might die because of their ignorance. Very sad. What is with the plastic bag of crackers even!?! #darwinaward

​“The bears remember where they were given food and might approach other people’s houses if they see a similar sliding glass door,” Miller told North Shore News.

“If they see a window open, they might enter a house or go after a person walking on the sidewalk eating a snack,” she added.

Recently, there have been two cases of bears entering homes through open windows in North Vancouver. Luckily, nobody was home in either case, but the bears left unmistakable signs of their presence – including footprints inside the house.

Yep, that poor cub just got a death warrant thanks to these people 😔

​READ MORE: Backyard Surprise: Bears Pay a Visit to a House in California

Backyard Surprise: Bears Pay a Visit to a House in California