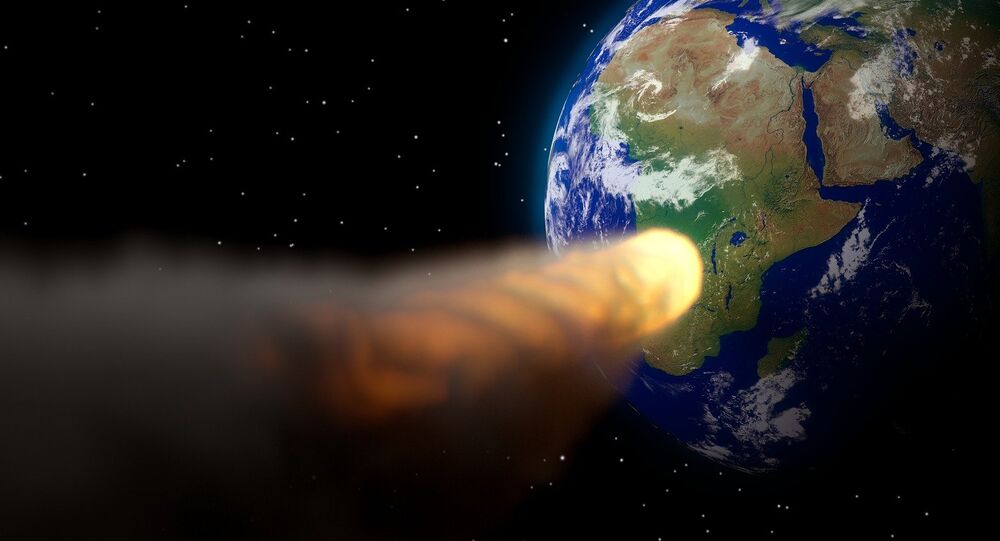 David Meade, the conspiracy theorist who falsely predicted that the end of days would happen on September 23, 2017, and then again on October 15, 2017, is now claiming that the world is coming to an end on April 23, 2018.

According to Meade, within the next 10 days the sun, moon and Jupiter will align in the constellation Virgo, which will spark the beginning of the Rapture.

Once the second coming of Jesus Christ pops off, the theorists says that Nibiru, also known as Planet X, will appear in the sky and set off World War III, the rise of the Antichrist and, of course, the seven years of Tribulation.

NASA has repeatedly denied the existence of this mysterious planet. After Meade's 2017 predictions picked up momentum, NASA released a statement saying that "the story of Nibiru has been around for years… and is periodically recycled into new apocalyptic fables."

© CC0
Is It Today? US Doomsday Plane Takes Off Amid Tensions in Syria

"If Nibiru or Planet X were real and headed for an encounter with the Earth… astronomers would have been tracking it for at least a decade and it would be visible by now to the naked eye," the statement added.

As it would appear, Meade isn't falling for the agency's statements.

Speaking to the Express, Meade described the phenomenon as "a unique once-in-a-century sign exactly as depicted in the 12th chapter of Revelation."

"This is our time marker," he urged.

The biblical passage that Meade is using to support his new date is Revelation 12:1 — 2. It reads: "And a great sign appeared in heaven: a woman clothed with the sun, with the moon under her feet, and on her head a crown of 12 stars. She was pregnant and was crying out in birth pains and the agony of giving birth."

© CC0
Doomsday: Biologist Warns of Collapse of Civilization in Near Future

For Meade, the woman is the representation of Virgo and thus refers to Christ's return.

But don't cancel any future plans: doomsday critic Jonathan Sarfati told the Express that there is no truth to Meade's claims.

"As usual with any astrology (or Christian adaptations of it), one cherry-picks the stars that fit the desired conclusion," Sarfati said. "There is nothing to suggest that April 23 is a momentous date for biblical prophecy and Christians need to be careful about being drawn into such sensationalist claims."

Nonetheless, Meade stressed that "we won't know the day or the hour — so we should be prepared at all times."

Though Meade's previous predictions turned out to be inaccurate, only time will tell if April 23 is the end of days.

Tic-Toc - It's Your Doomsday Clock: How The Global Disaster Compass Works