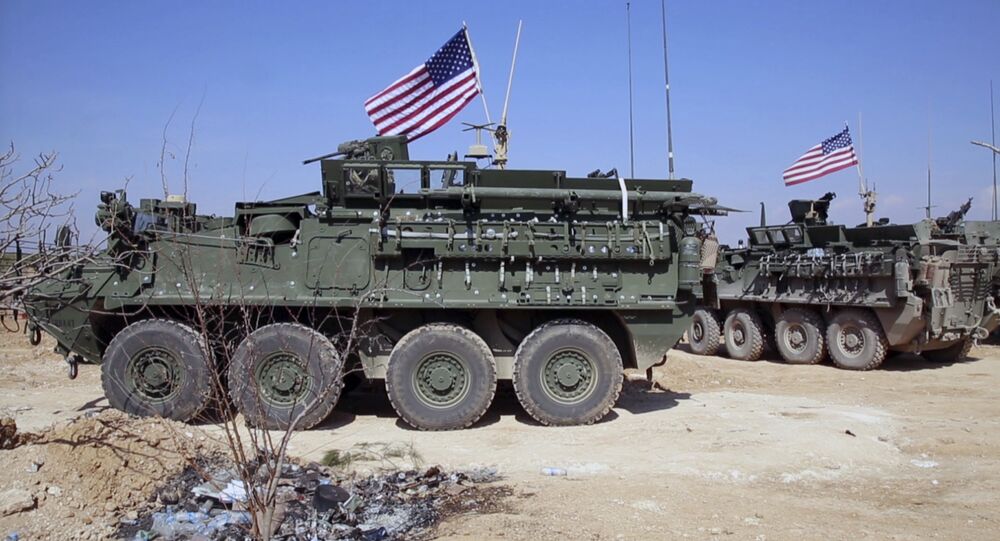 In January, Turkish Foreign Minister Mevlut Cavusoglu said that Ankara would not limit its precautionary measures against Kurdish fighters to Syria's Afrin but could move to Manbij, where the US has some 2,000 of its military personnel deployed.

Turkish President Recep Tayyip Erdogan stated that the United States should leave Syria's Manbij in Aleppo province as Ankara plans to return it "to its true owners." He also added that Washginton had "calculations against Turkey, Iran and maybe Russia" in Syria, claiming that the US military presence there was directed against the aforementioned countries after Daesh’s (ISIS) defeat.

"If the United States says they are sending 5,000 trucks and 2,000 cargo planes with weapons for the fight against Daesh (Islamic State), we don't believe this. It means you have calculations against Turkey and Iran, and maybe Russia," Erdogan told members of his ruling AK Party in parliament.

On February 5, the Pentagon announced that it had seen no indication of Turkey planning to extend its operation to Manbij, which contradicts Turkish officials' previous statements. Both Cavusoglu and Erdogan emphasized that Turkish forces would completely clear the region of terrorists, beginning with Manbij and throughout Turkey-Syria border.

Turkey has been conducting a military operation, codenamed "Olive Branch," in Afrin against Kurdish fighters since January 20 in response to the US announcement of training a 30,000-strong border security force in Syria, which Ankara dismissed as a "terrorist army." Afrin is controlled by the US-backed People's Protection Units (YPG), which is considered by Turkey to be affiliated with the Kurdistan's Workers' Party (PKK), regarded by Ankara as a terrorist organization.

Syria's government has firmly condemned the military operation, calling it a violation of the country's sovereignty, while Turkey stressed that the offensive was not aimed against the government itself, but targeted "only terrorists."