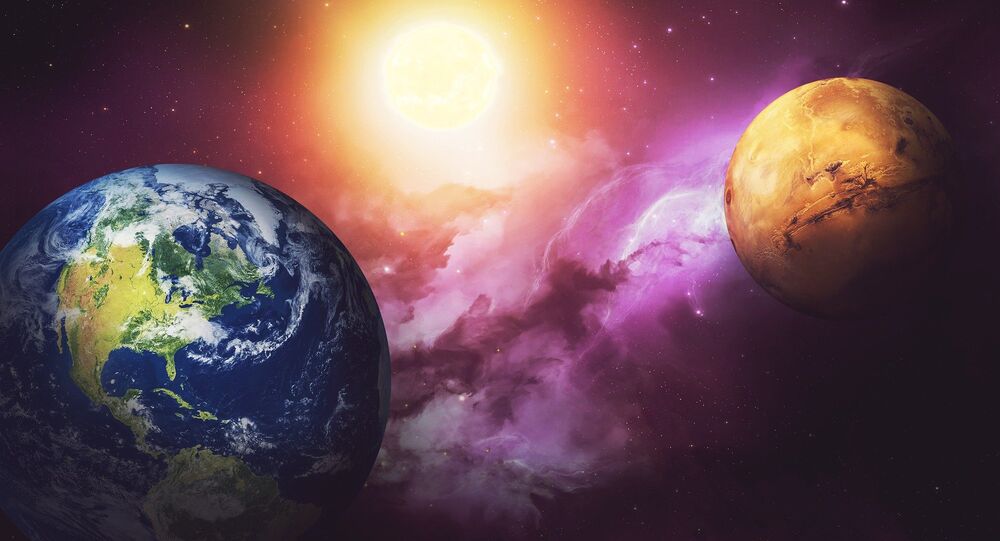 Researchers have long struggled to find a solution for problems associated with long deep-space voyages, such as how do you stock enough food for astronauts and what do you do with months or years worth of human waste.

Astronauts can't simply bring food with them on their trip to Mars because it takes up weight, and more weight means higher costs and more fuel. Growing food in the spacecraft itself is not the best idea either, for a proper hydroponic setup would take up a lot of room and use a lot of energy.

A group of scientists from Pennsylvania State University has come up with a plan to solve these problems, and — are you ready?— it involves poop and bacteria feeding on it. As uninviting as it sounds, the solution could be an efficient way to both recycle waste during long space missions and produce something edible for hungry astronauts. And "it's faster than growing tomatoes or potatoes," according to Christopher House, a professor of geosciences at Penn State.

"We envisioned and tested the concept of simultaneously treating astronauts' waste with microbes while producing a biomass that is edible either directly or indirectly depending on safety concerns," House said.

© AFP 2021 / HO / NASA/JPL-Caltech/MSSS
Bio-Traces on Mars? NASA's Curiosity-Filmed Objects 'Pique Our Curiosity' Indeed
In their experiment, the researchers used an artificial solid and liquid waste that's commonly used in waste management tests and let select microbes came into contact with the waste. The microbes broke down waste using anaerobic digestion, a process similar to the way humans digest food. The researchers then took the nutrients out of that stream and intentionally put them into a microbial reactor to grow an edible substance, high in protein and fat, a potential source of nutrition for astronauts.

Today, astronauts aboard the International Space Station recycle a portion of water from urine, but the process is energy intensive, House said. Solid waste management has been a bigger hurdle. This currently is ejected into the Earth's atmosphere where it burns up.