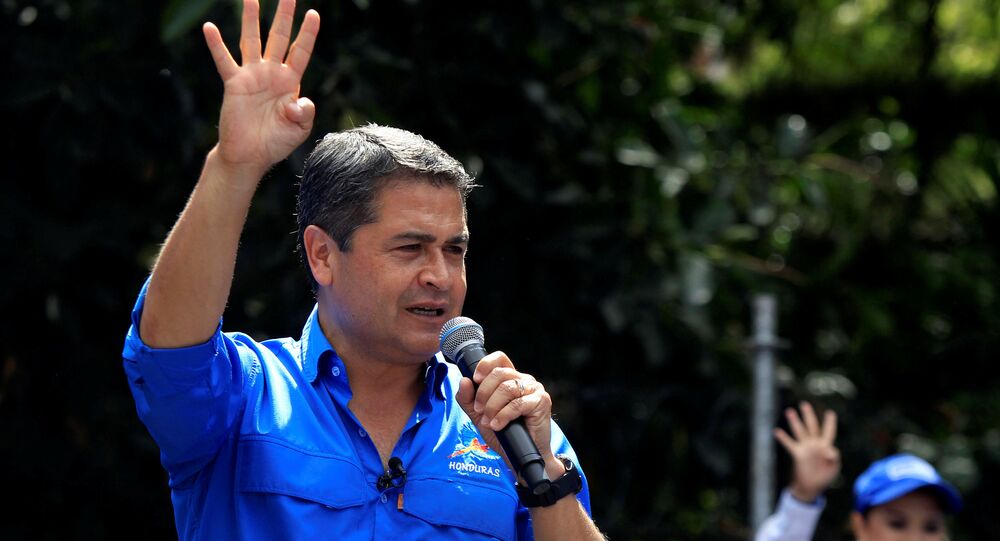 Juan Orlando Hernandez has been declared the winner of the presidential elections in Honduras after a three-week ballot count.

MOSCOW (Sputnik) — The Supreme Electoral Tribunal (TSE) of Honduras announced the reelection of Juan Orlando Hernandez as the country's president on Monday after a three-week ballot count, the tribunal's president said.

"Lawyer Juan Orlando Hernandez has become the new president," David Matamoros said, as quoted by the TSE on Twitter.

Honduras: Curfew vs Coup
According to Matamoros, Hernandez received 42.95 percent of votes, while his opposition rival Salvador Nasralla received 41.24 percent.

The presidential election in Honduras was held on November 26. The opposition has not recognized the results of the vote and insisted on a complete recount of votes or even a second round, which is not provided by law.

A simple majority is needed to win the presidential race. The previous count of almost 95 percent of votes put incumbent President Juan Orlando Hernandez ahead of his challenger Salvador Nasralla by 1.5 points. Delays and accusations of fraud have led to protests across the country.

Murder, Abuse, Intimidation and Corruption: The Killing Fields of Honduras