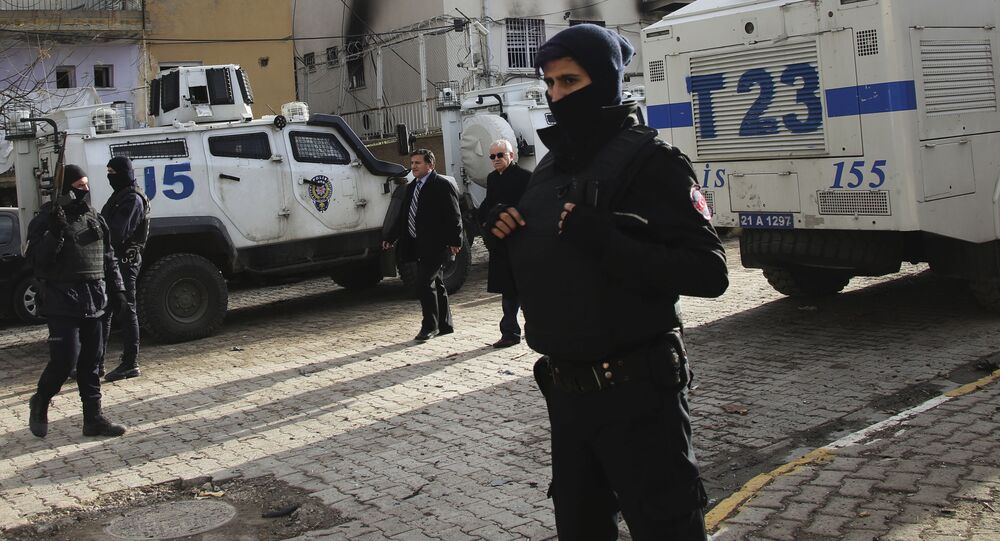 MOSCOW (Sputnik) — According to the Anadolu news agency, 55 former soldiers were among those arrested during the Thursday operations. The suspects are reportedly accused of using the ByLock encrypted messenger which the Turkish government believes the Gulen followers had used to plot the failed coup.

© Sputnik / Sergey Guneev
Putin: Russia-Turkey Relations Restored Almost in Full
A coup attempt, which mainly involved Turkish servicemen, took place across the country on July 15, 2016. Most of the struggle happened in the capital of Ankara and in Istanbul. More than 240 Turkish citizens were killed and over 2,000 wounded during the unsuccessful military takeover. Ankara accused Gulen of masterminding the coup while the cleric refuted the allegations.

Since the incident, Turkey has arrested hundreds of military personnel, activists and journalists on suspicion of having links to the cleric.