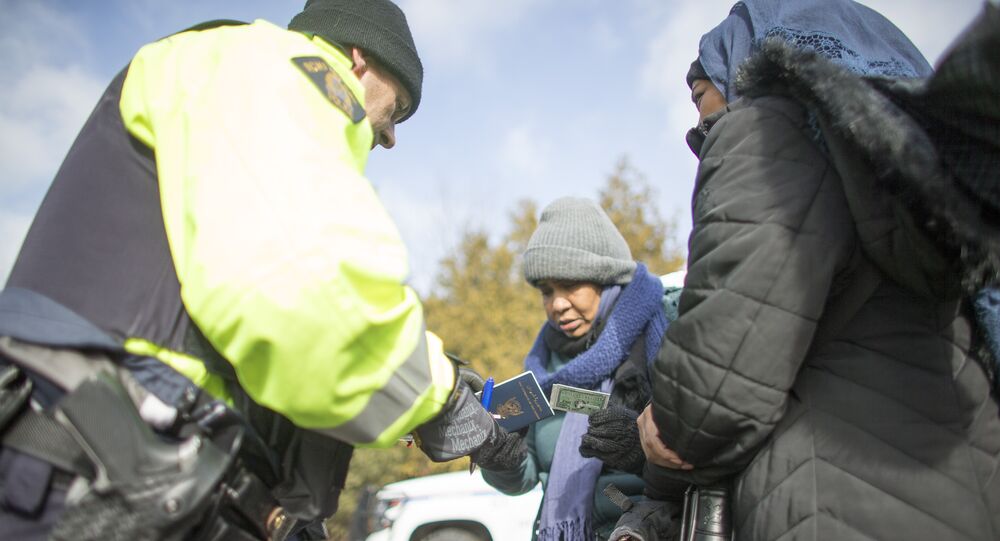 Premier of Canadian province of Quebec Philippe Couillard is concerned that the two demonstrations scheduled to take place at the same time in Quebec City, one against "illegal immigration" and the other welcoming the flow of migrants, could result in an outbreak of violence between the participants, local media reported Friday.

MOSCOW (Sputnik) — Both demonstrations are set to take place on Sunday, Montreal Gazette reported. The protest against migration is being organized by far-right, anti-Muslim organization La Meute, while the pro-immigration rally is being brought together by the Bienvenue aux Refugies organization, according to the same report.

Couillard is reportedly fearful that the two polarizing events will result in intensified altercations and the possibility of violent clashes.

© AFP 2021 / Jure Makovec
Defend Border by 'Force of Arms' to Keep Migrants Out, Bulgarian Minister Says
The anti-immigration and anti-Muslim sentiment has been gaining momentum in Canada over the recent years because of the country's welcoming migration policy. Canada's immigration plan is set to accept 40,000 refugees in 2017, according to a government statement.

In January, two gunmen attacked the Quebec Islamic Cultural Center in Quebec City, killing six people and injuring eight others. The gunmen reportedly shouted "God is great" in Arabic while carrying out the attack.