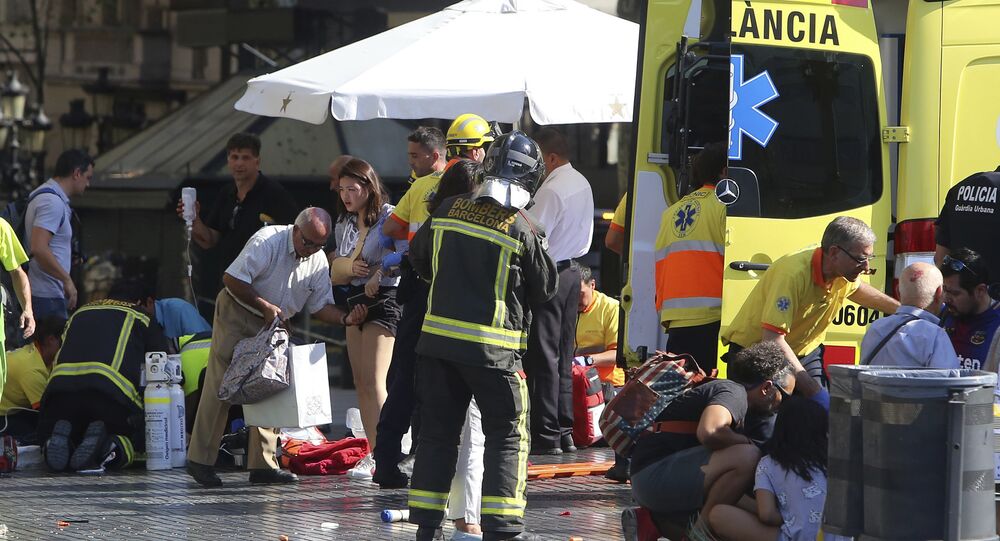 Alexei Chepa, the deputy head of Russia's State Duma Committee on Foreign Affairs, stated that Russia is ready to assist Spain in tackle terrorism with professionals and experience exchange.

"We can assist with professionals, experience exchange… And when all the [terrorists] understand that there is no such a place where they are invulnerable, then their actions would be repressed," Chepa said.

© REUTERS / Stringer
Death Toll Rises: Spanish Official Says 13 Confirmed Killed in Barcelona Terror Attack
The lawmaker noted that the fight against terrorism had not become a worldwide priority, that is why terrorists took the opportunity to carry out terror attacks.

Earlier in the day, a van hit pedestrians in Barcelona’s central Ramblas area. Catalonia’s authorities said that 13 people were killed and over 50 were injured in the incident, which was confirmed to be a terrorist attack.

'No Justification for this Evil:' Moscow Condemns Barcelona Van Attack