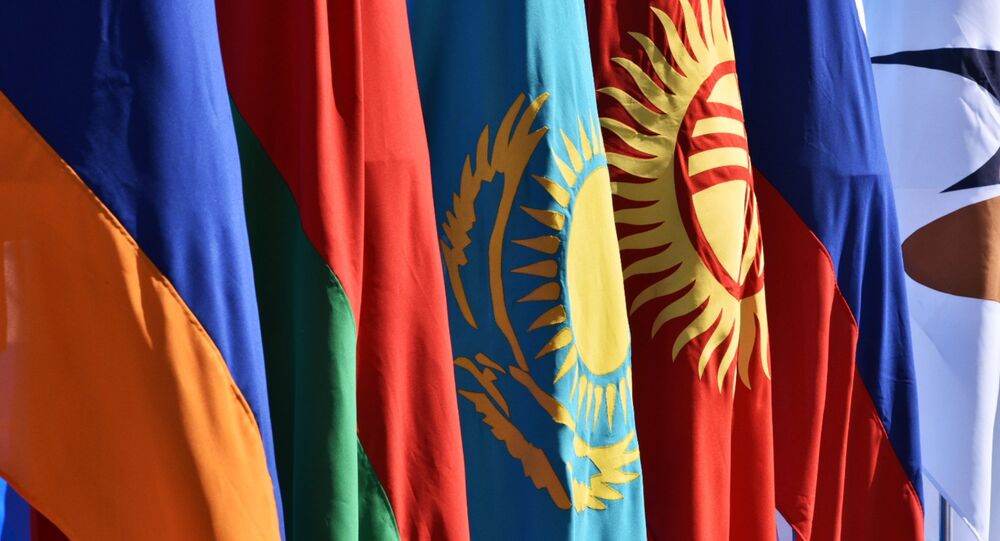 JAKARTA (Sputnik) – Speaking in the follow-up to the negotiations with his Indonesian counterpart Retno Marsudi, Lavrov said that the proposal on creating an EAUE-Indonesia free trade zone is under consideration.

"Indonesia shows interest in starting negotiations on creating a free trade zone with this union [EAEU]. The relevant proposal has been introduced and is now being considered. Russia backs it," Lavrov said.

© REUTERS / Yuri Gripas
Lavrov: Russia Wants to Develop Counter-Terrorism Cooperation With Indonesia
On Friday, a Russian ministry's source told Sputnik that in May, Indonesia offered to establish a group dedicated to examining the feasibility of a free trade deal.

In January 2016, Russian Industry and Trade Minister Denis Manturov said Indonesia and the EAEU could enter talks on introducing a free trade zone, but also mentioned that the issue required a detailed, joint examination with EAEU member states.

The Eurasian Economic Union is a Russia-led bloc, comprising Russia, Kyrgyzstan, Kazakhstan, Belarus and Armenia, and aimed at developing intraregional economic ties and establishing the free flow of goods among its members.