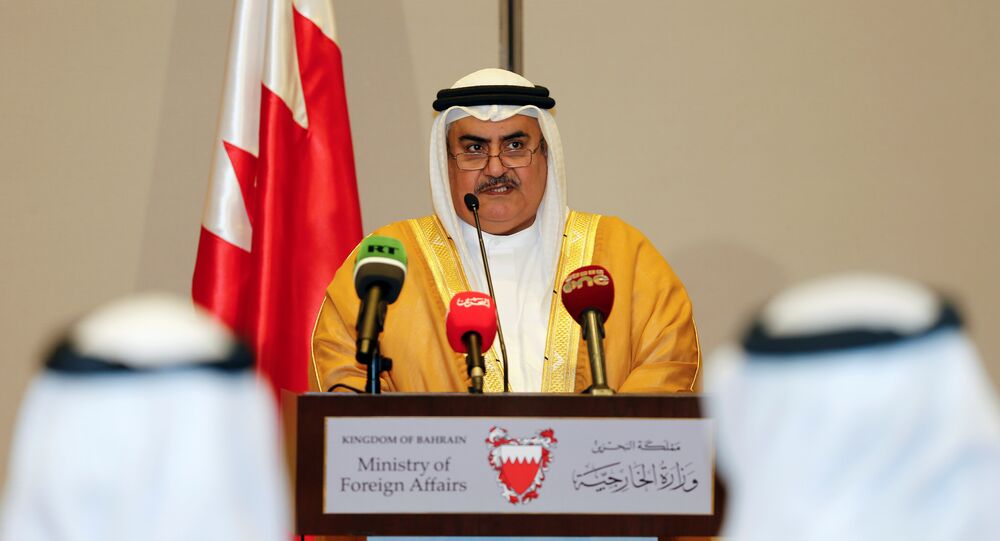 Bahrain’s Foreign Minister stated that countries blocking Qatar are ready for dialogue with Doha if the Qatari authorities confirm the end of support for terrorism.

"We express our readiness for a dialogue with Qatar if it confirms the cancellation of terrorism support," Khalifa said at a joint press conference in the capital of Bahrain, Manama.

In June, the four aforementioned Arab states cut off diplomatic relations with Qatar, accusing the latter of supporting terrorism and meddling in their internal affairs. Doha has denied the accusations.

"Qatar must fulfill all 13 demands from the list that was given to it by the Arab states," the minister said at a joint press conference in Bahrain’s capital Manama.

In June, the four Gulf States cut off diplomatic relations with Doha, accusing it of supporting terrorism and meddling in their internal affairs. They subsequently gave an ultimatum containing 13 demands to Qatar, including requests to severe Qatar’s relations with Iran, close Turkey’s military base in Qatar and shut down the Al Jazeera TV channel, as well as to end support for the Muslim Brotherhood, a terrorist organization banned in Russia.

Earlier in July, media reports emerged that the Arab states scaled down their list of demands to Doha to six requests, excluding the shutdown of Al Jazeera broadcaster, among other provisions. The new ultimatum also did not provide any fixed deadline, according to the reports. It was later reported that the list was not cut down but a modified list of six broader principles was issued instead.

However, Bahrain's Ambassador to Russia Ahmed Saati told Sputnik on July 21, that the media reports were wrong and the four Arab countries did not cut back or modified the list of demands.

What a Twist! Why Washington Welcomes Moscow’s Role in Resolving Qatar Crisis