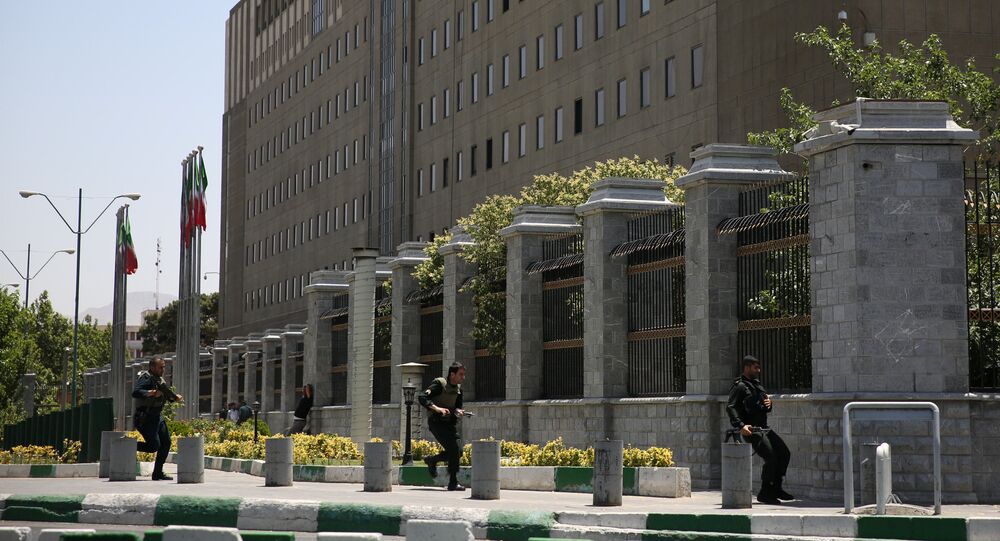 At least 12 were killed and 39 wounded in terrorist attacks in Tehran on June 7.

"Putin sent a telegram of condolences to the President of the Islamic Republic of Iran H. Rouhani in connection with the tragic consequences of the terrorist acts committed in Tehran," the Kremlin said.

At least 12 people were killed, while at least 39 were wounded in the twin attacks on the Iranian parliament and a shrine in southern Tehran, the Iranian Justice Ministry said.

"The head of the Russian state strongly condemned these crimes, which once again confirm the need to increase international cooperation in the fight against the forces of terror, and confirmed Russia's readiness for further joint actions with Iranian partners in this direction," the Kremlin said.

Footage From Tehran After Attacks on Parliament and Imam Khomeini Shrine

Daesh Claims Responsibility for Attacks in the Iranian Capital of Tehran