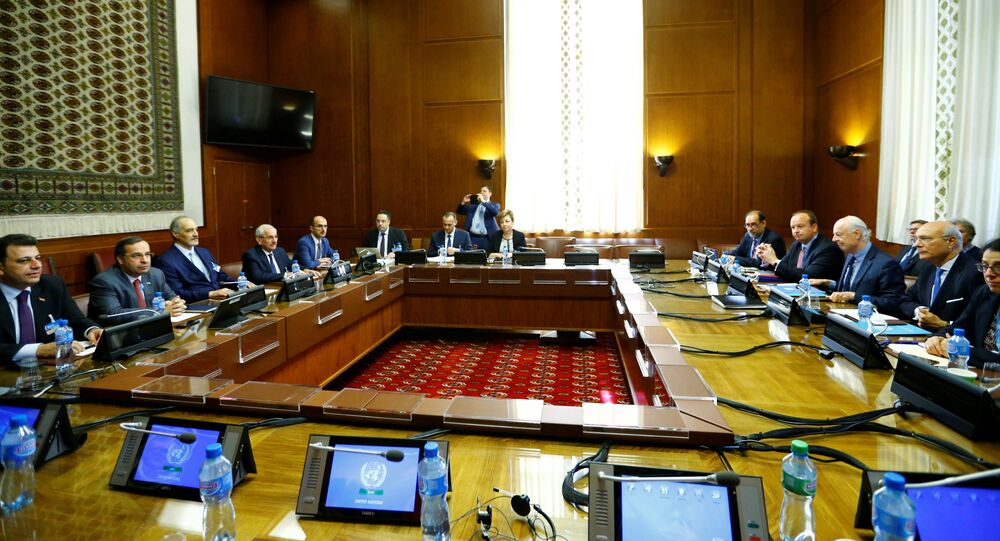 Russian Deputy Foreign Minister said that sixth and latest round of intra-Syrian talks in Geneva proved to be "not fruitless".

"The current round of intra-Syrian negotiations under the auspices of the UN proved to be not fruitless," Gatilov said, crediting UN Special Envoy Staffan de Mistura's "close contacts" with all sides.

There was a willingness to "move forward" despite difficulties related to the sides' differing views of the course of dialogue, he noted.

"We expect that the HNC [opposition] delegation will ultimately react in the same vein," Gatilov stressed.

Technical experts could continue consultations "between rounds" following the sixth and latest round of intra-Syrian talks in Geneva, Gennadiy Gatilov said.

He told reporters in Geneva that UN Special Envoy Staffan de Mistura would like expert technical meeting to continue outside the Geneva negotiations.

"If this is implemented, then of course this can speed up the entire process," Gatilov said.