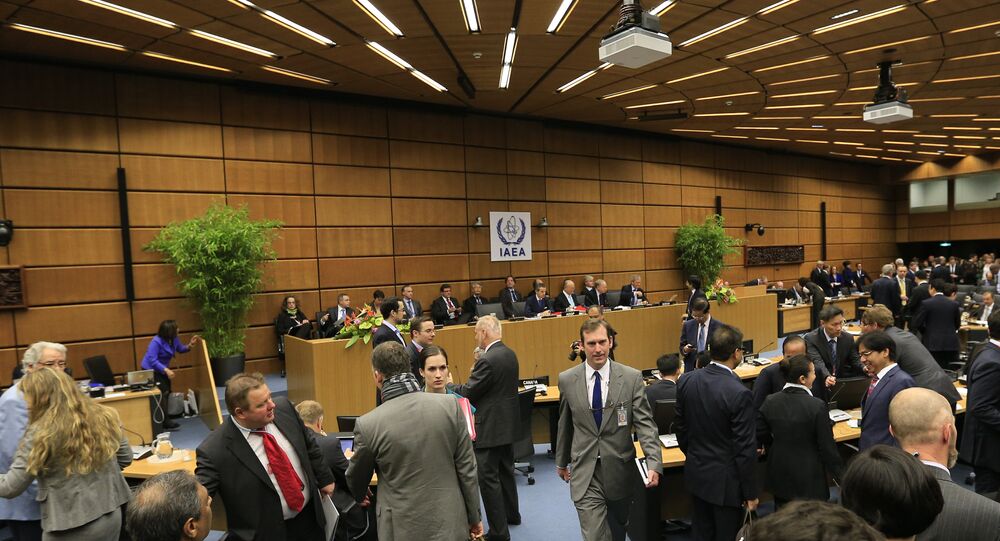 The decision of US banks to freeze a Russian finance tranche of the IAEA could be regarded as an abuse, the Russian Foreign Ministry said in a statement Saturday.

© AP Photo / Ebrahim Noroozi
IAEA Chief Says Iran Remains Committed to Nuclear Deal
MOSCOW (Sputnik) — The decision of US banks to freeze a Russian tranche allocated to finance a humanitarian project of the International Atomic Energy Agency (IAEA) could be regarded as an abuse causing harm to the United Nations, the Russian Foreign Ministry said in a statement Saturday.

"It seems that there is an intentional obstruction of Russia's funding of a humanitarian project under IAEA. These activities of US banks could be considered as an abuse of international financial system by means of control over dollar transactions that causes a direct damage to the functioning of the UN system, in this case," the statement said commenting on the situation that took place in March, when US banks froze Russia's voluntary tranche on the ground of its alleged links to Iran.

The International Atomic Energy Agency (IAEA) is an international organisation that seeks to promote the peaceful use of nuclear energy, and to inhibit its use for any military purpose, including nuclear weapons. The IAEA was established as an autonomous organisation on 29 July 1957. Though established independently of the United Nations through its own international treaty, the IAEA Statute the IAEA reports to both the United Nations General Assembly and Security Council.