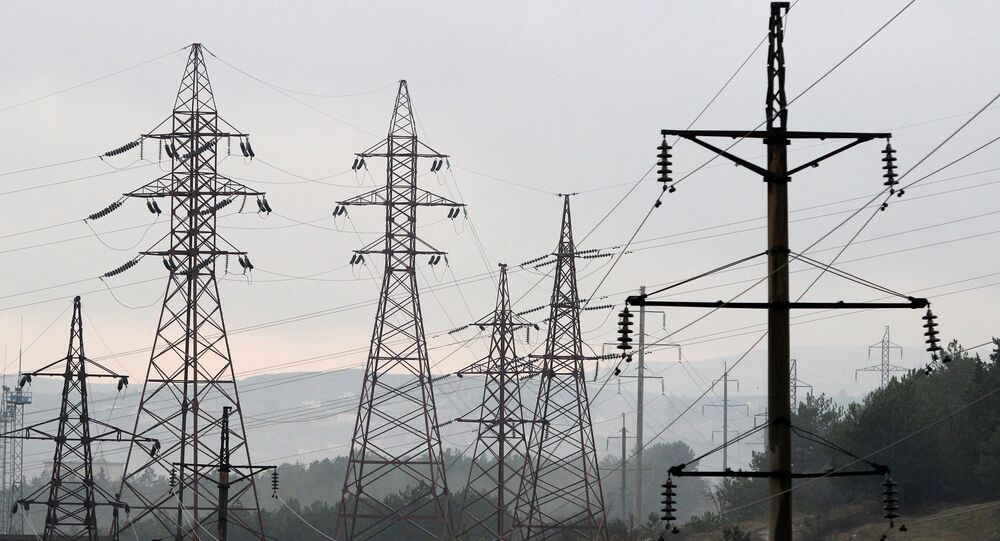 When deciding to suspend supply of electricity to the Lugansk People's Republic, Kiev seems to have failed to heed Russia's readiness to lend its shoulder to the de-electrified region, Ukrainian politician and rights activist Vladimir Oleynik told Sputnik.

It appears that when making the move, Kiev has failed to bear in mind the fact that Russia will be ready to give a helping hand to the de-electrified Ukrainian region, according to Oleynik.

On Monday, the Kiev-controlled energy authority in Lugansk said that Ukraine's Energy Ministry and state company Energorynok had decided to halt the electricity supplies to the LPR from midnight on April 25 (21:00 GMT on April 24), citing the self-proclaimed republic's debt for the received electricity.

Kremlin spokesman Dmitry Peskov said on Tuesday that Ukraine's decision to de-energize the LPR is yet another step toward the rejection of the territory, which also runs counter to the Minsk peace agreements.

Also on Tuesday, Russia's representative to the Ukraine contact group said that Moscow decided to provide electricity to the LPR after Kiev had cut the supplies citing debts.

Touching upon the matter, Vladimir Oleynik said that by taking similar steps, the Kiev authorities distance themselves from Donbass residents.

"This is another step in order to abandon the Minsk agreements which specifically stipulate ensuring the welfare of Ukrainians who live in the LPR," Oleynik said stressing the necessity of providing "social components" for locals.

He described Kiev's move to suspend electricity supplies to the LPR as its reluctance to adhere to the Minsk agreements and "one step closer to saying that this territory de facto does not belong to Ukraine."

"After these steps — and this was confirmed by the story about Crimea's reunification with Russia – people in the LPR will hate the Kiev authorities because they will see the Ukrainian government as those who pursue a policy of genocide.

"But Kiev has forgotten the fact that the Ukrainian energy system itself was part of the unified energy system of the Soviet Union, which has several options for the non-stop supply of electricity to the regions, including from Russia. So there is an opportunity for Moscow to lend its shoulder to the LPR," Oleynik concluded.

The Donbass conflict erupted in April 2014 as a local counter-reaction to the West-sponsored Maidan coup in Kiev that had toppled President Viktor Yanukovych in February.

The deal stipulates a full ceasefire, weapons withdrawal from the line of contact in Donbass, as well as constitutional reforms that would give a special status to the Donetsk and Lugansk People's Republics.