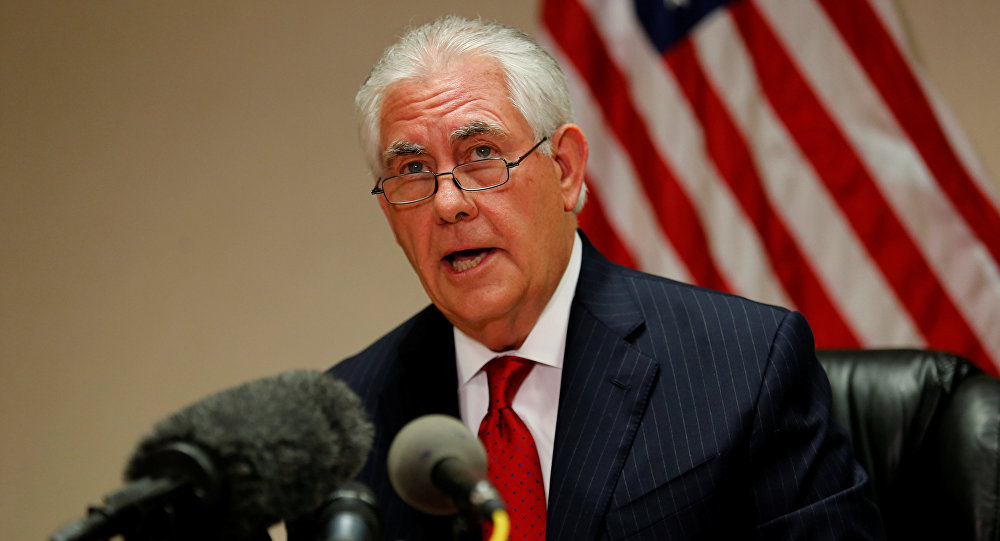 US State Secretary’s meeting with the UN SC will include the possibility of implementing new measures and sanctions against North Korea.

© REUTERS / U.S. Navy
US Top Diplomat Tillerson Claims China Ready for ‘Action’ on North Korea
WASHINGTON (Sputnik) — US State Secretary Rex Tillerson’s meeting with the UN Security Council on Friday will include the possibility of implementing new measures and sanctions against North Korea, Department of State spokesperson Mark Toner said during a briefing on Monday.

"Another element of Friday’s discussion’s is going to be new ideas and the possibility of new measures to be taken and that always includes sanctions," Toner said.

Turkish Deputy Prime Minister Mehmet Simsek has said that the time to normalize bilateral relations with Germany has come.

"I think that the time has come to return to the normal relations [between Turkey and Germany]," Simsek told the Bild newspaper in an interview.

© Sputnik / Iliya Pitalev
North Korea Ready for 'All-Out War' if US Starts it - Embassy in Russia
The relations between Berlin and Ankara became tense after German-Turkish journalist Deniz Yucel was arrested in Istanbul in February over alleged links to a terrorist organization and terrorist propaganda.

On Friday, Tillerson will chair a UN Security Council meeting in New York on the denuclearization of North Korea, Toner stated. The meeting comes after North Korea’s threat to sink a US Navy strike group led by the aircraft carrier Carl Vinson and the detention over the weekend of an American professor from a Chinese university who was working on a relief project in North Korea.