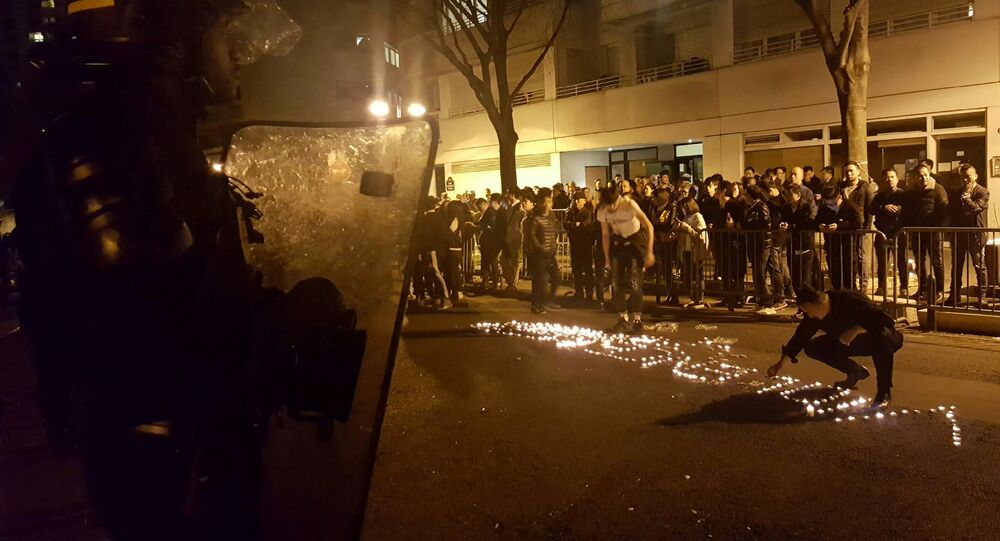 Beijing has filed a protest to the French authorities following the killing of the country's national in Paris by a French police officer, Chinese Foreign Ministry spokeswoman Hua Chunying said Tuesday.

© AP Photo / Michel Euler
At Least 35 Detained During Paris Protests After Police Shot Dead Chinese Man
BEIJING (Sputnik) — On Sunday, the Chinese citizen was killed in a standoff with French police in Paris. On Tuesday, the Chinese Embassy in France confirmed the citizenship of the man, whose death had already caused protests against police brutality and mass detentions.

"The foreign ministry pays special attention to the incident. Just after the case, the ministry demanded the Chinese Embassy in France to launch a mechanism of actions in case of emergencies and filed a protest to the French side," Hua said.

She added that Beijing had demanded Paris to take steps to protect safety and rights of Chinese nationals in France.

According to the spokeswoman, the ministry would monitor the development of the situation.

Earlier in the day, French media reported that Paris police had arrested 35 people after a rally by the capital's Asian community over the murder of a Chinese man by a policeman turned violent.

Not That Sincere: Participants of Unauthorized Moscow Protest Came for Rewards