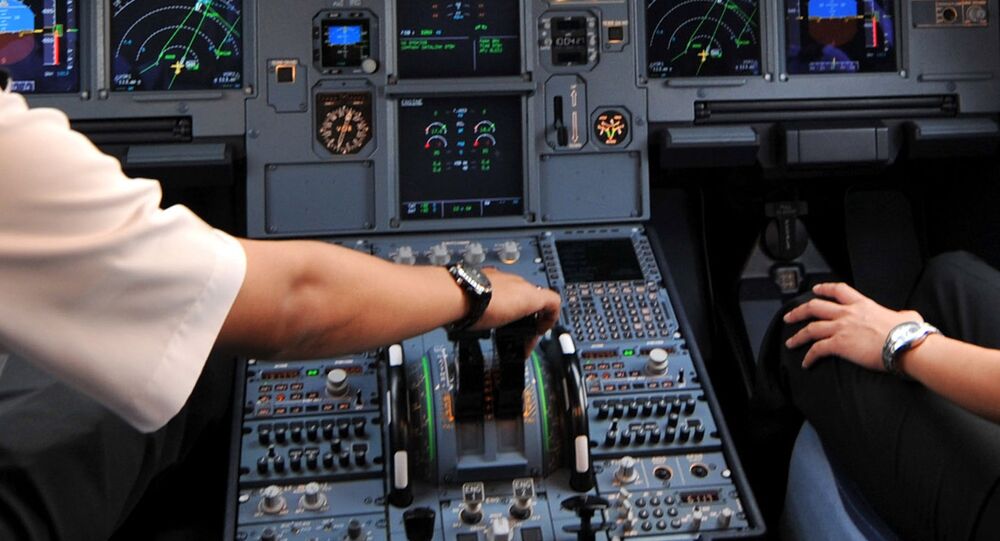 Flying High: Pilot Who Passed Out in Cockpit Pleads Guilty to Showing Up Drunk

A Canadian pilot who was found passed out in the cockpit of a Sunwing airplane before a scheduled flight has pleaded guilty to being in control of an aircraft while impaired.

© AP Photo / Lynne Sladky
Airline Accused of Kicking Out Passenger For Exposed Cleavage
Miroslav Gronych, 37, was in Canada on a work visa from his home nation of Slovakia.

On New Year’s Eve, Gronych was scheduled to pilot a flight from Alberta with stops in Regina, Saskatchewan, and Winnipeg, Manitoba, before reaching the final destination of Cancun, Mexico.

Prior to the flight’s departure, Gronych was an hour late to check-in. When he finally boarded, he was slurring his words and having trouble walking properly. His co-pilot told him that he was drunk and should probably leave the plane.

“He seemed very nonchalant and said 'OK, if that's what you feel,’” the co-pilot testified.

Instead of leaving, however, Gronych returned to the cockpit and sat in the pilot’s seat. He was found passed out with his face pressed against the window. After being asked to leave the plane a second time, he was held at the gate by agents until police arrived.

“We can confirm that shortly before 7 AM local time, the gate agents, first officer and crew of Sunwing flight 595, departing from Calgary and destined for Cancun, determined that the Captain was unfit to fly and reported this accordingly,” the airline said in a statement on Facebook after the incident.

“The Captain was immediately escorted off of the aircraft and the incident is now under investigation with local authorities. We are very appreciative of our crew’s diligence in handling this very unfortunate matter in accordance with procedures. We were able to secure a new Captain and are pleased to report that our customers are now en route to their destination after experiencing a minimal delay.”

During the hearing, Gronych’s defense attorney claimed that he was not feeling well and had taken a couple of shots of vodka and some tylenol the evening before the flight and planned to call in early to say he wouldn’t be able to make it. After over-sleeping, he began receiving calls asking where he was – so he finished the bottle of vodka and made his way to the airport.

It is unclear why he finished the bottle of alcohol.

"Mr. Gronych put the lives of 105 people at risk,'' prosecutor Rose Greenwood said. "Hopefully he will never be permitted to fly again.''

Gronych has been fired by the airline and was taken back into custody while the judge decides on sentencing. The prosecution has requested a three to six month sentence while the prosecution has argued for one year in jail — citing a similar case in the US where the pilot received a five-year sentence.

Pilot Does Something Special for International Women's Day