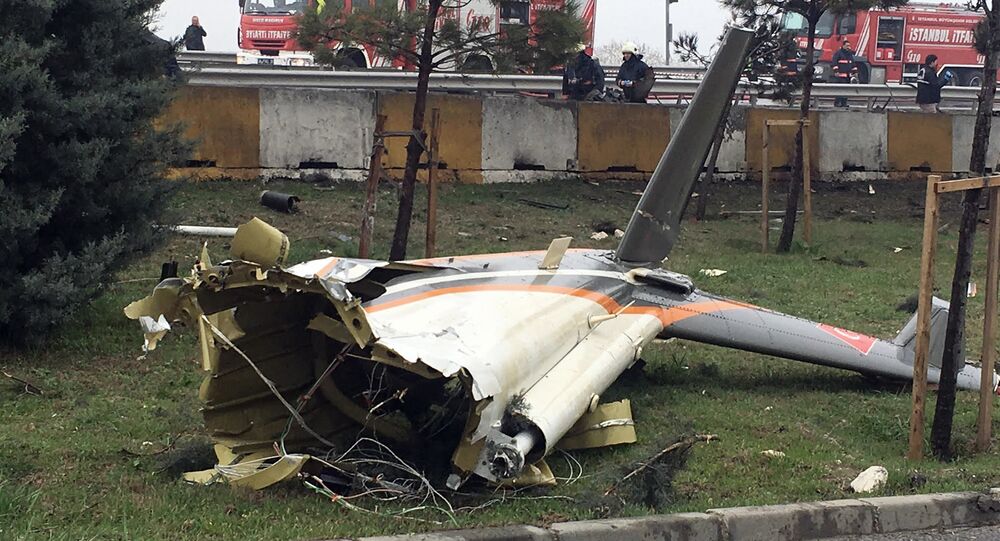 Russia's Investigative Committee opened criminal proceedings into the crash of a helicopter in Istanbul with Russian nationals on board, according to official statement.

MOSCOW (Sputnik) — Russia has initiated criminal proceedings into the crash of a helicopter in Istanbul with Russian nationals on board, the country’s Investigative Committee said in a statement Saturday.

“Criminal proceedings were initiated on the basis of evidence of an offense under the article 263, part 3, of the Russian Criminal Code [Violation of the rules for traffic safety and operation of railway, air, sea and inland water transport, entailing by negligence the death of two or more persons],” the statement read.

Earlier on Friday, the helicopter, which was owned by Turkey’s Eczacibasi industrial group, collided with a TV tower in the Buyukcekmece district, in Istanbul's European part.

The Russian Foreign Ministry confirmed that four Russian citizens died as a result of the tragic incident.

Helicopter Crash in Istanbul Caused by Collision With Tower