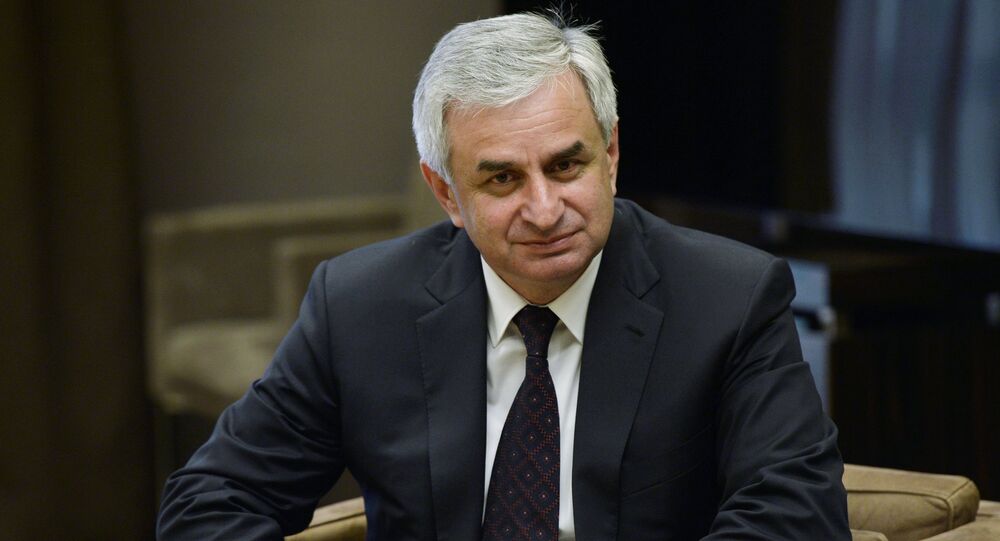 "I have no doubt that tomorrow's elections will proceed peacefully without any incidents. We don't need that. We want to be accepted as a state which is zealously working for society, which aims to set up good neighborly relations first of all with Russia and with all other states," Khajimba said.

The president also assured Russian observers, who had arrived to the country to monitor the elections, that the country's foreign and domestic policies will not change regardless of the election outcome and the government will continue to pursue various reforms.

"I have no doubt that relations with our neighboring Russia, which has recognized us, which is helping us become a state, have a lot of potential and will will develop further," he stated.

The Abkhazian parliament's 35 seats will be contested among 137 candidates, 113 of these representing initiative groups and 24 coming from parties including the ruling Forum for the National Unity of Abkhazia, the principal opposition party Amtsakhara and the centrist Ainar and the Popular Front for Justice and Development. All the parties are pro-Russian. The members of parliament are chosen by a simple majority.

Russia recognized the independence of Abkhazia, as well as of South Ossetia, following a five-day war that broke out after Georgia's military operation against the breakaway republics in 2008. Since then it has been recognized by several other states, while Georgia still does not consider Abkhazia as an independent country.