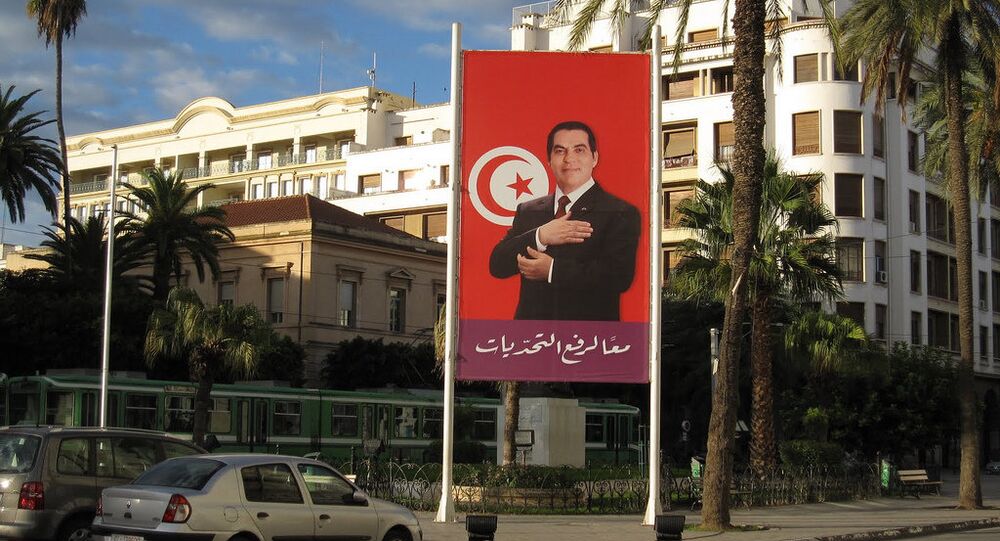 The EU sanctions targeting the Tunisia's former President Zine El Abidine Ben Ali and 47 other persons, were extended until January 31, 2018, according to official statement.

The sanctions, which were initially introduced on January 31, 2011, targeting the former president and 47 others, have been extended until January 31, 2018.

"The Council considered that the misappropriation of state funds is depriving the Tunisian people of the benefits of the sustainable development of their economy and society and undermining the development of democracy in the country," the council's statement reads.

The decision was adopted without debate by the Council of Ministers.

© AP Photo
EU Approves $128Mln Aid for Tunisia to Strengthen Security
According to the 2012 report of the country's National Commission to Investigate Corruption and Embezzlement, Ben Ali’s family and friends diverted public funds and lands, using state institutions such as banks, the judiciary, and the police for their own benefit and as a way of punishing those opposed to their business initiatives.