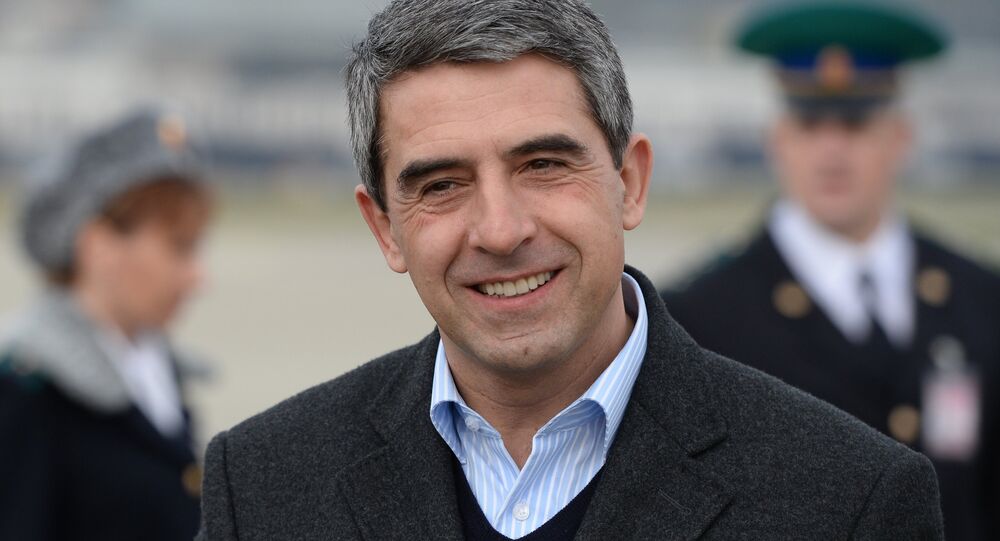 The country’s outgoing President Rosen Plevneliev said that Bulgaria strongly opposes the policies of the Russian authorities but, despite of that, is willing to develop the relations with Moscow.

© AFP 2021 / DIMITAR DILKOFF
Bulgaria Paying Off Debt for Belene NPP Paves Way for New Projects With Russia
MOSCOW (Sputnik) – Bulgaria strongly opposes the policies of the Russian authorities but, despite of that, is willing to develop the relations with Moscow, the country’s outgoing President Rosen Plevneliev said Thursday.

“We want to see dialogue and friendship with Russia, we work on this, I love Russia but I do not respect and do not agree with policy of Russian President Vladimir Putin, which brings us back to the 19th century. I categorically reject it as it undermines international law and has grave consequences to entire Europe, including Bulgaria,” Plevneliev told the Nova TV television channel.

At the same time, Plevneliev noted that he was not against “warming of relations” with Russia and “is glad that Russia and the United States will have constructive relations."

Plevneliev’s presidential mandate expires on January 22 when he will be replaced by President-elect Rumen Radev.

Since 2014, relations between Russia and the European Union, including Bulgaria, deteriorated amid the crisis in Ukraine. Brussels, Washington and their allies introduced several rounds of sanctions against Russia over its alleged involvement in the Ukrainian conflict, which Moscow has repeatedly denied.