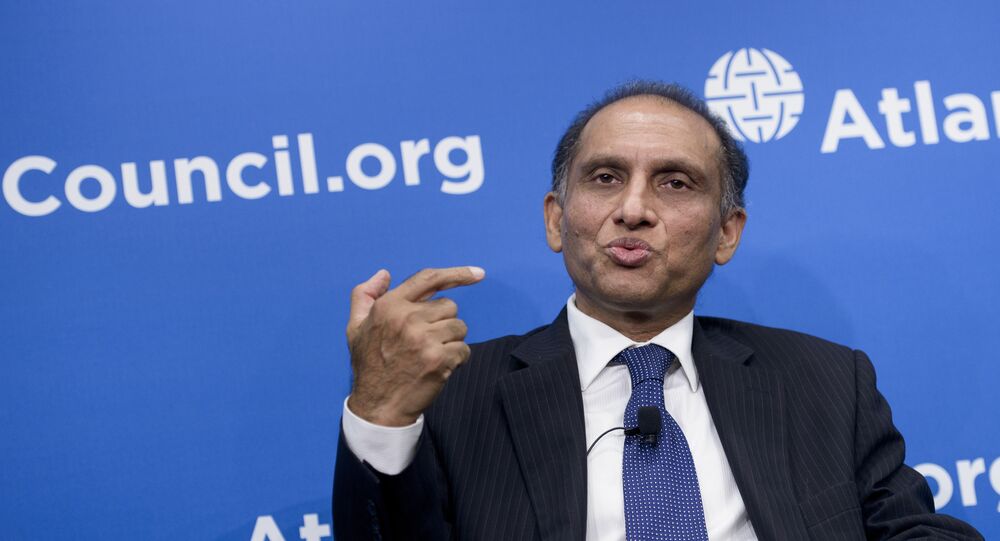 Foreign Secretary said that Pakistan appreciates Russia’s willingness to boost bilateral cooperation in the sector of countering terrorism, and believes that such dialogue is important to exchange views and coordinate positions on the issue.

"We appreciate Russia’s willingness to expand cooperation with Pakistan in the field of counter terrorism," Chaudhry said.

According to the official, Moscow and Islamabad cooperate closely within the framework of Joint Working Group (JWG) on Counter Terrorism and the memorandum of understanding on Combating Illicit Trafficking of Narcotic Drugs.

"Both countries share the goal of eliminating the menace of extremism and terrorism. Such dialogues are therefore important for exchange of views and coordinating positions to comprehensively counter this scourge," Chaudhry said.

Russia has repeatedly expressed its readiness to bolster cooperation with Pakistan in in the fight against terrorism. In September, Maj. Gen. Naveed Ahmed, the director general of defense procurement for the country, told Sputnik that the issue of counterterrorism cooperation was very high on the agenda of Russia and Pakistan, including numerous high-level exchanges on the topic.

In September, the Pakistani Army and the Russian Ground Forces have come together in the Druzhba-2016 military exercises, with around 200 troops in total taking part on both sides. Earlier in December, Pakistani Deputy Foreign Minister Tasneem Aslam told Sputnik that Pakistan hopes to conduct next joint military drills with Russia on the Russian territory.

Pakistan does not rule out involvement of third countries, including Russia, in the upcoming China-Pakistan Economic Corridor (CPEC) projects, should Islamabad and Beijing agree on involving of parties in in financing and execution of upcoming programs, Foreign Secretary said.

"The two counties may, at a later stage, consider involving other interested parties in financing and execution of upcoming CPEC projects. A response to your question can, therefore, be given, once the two countries decide to also include third parties in the project," Chaudhry said, when asked whether he saw any prospects for Russia’s involvement in the CPEC.

The Chinese and Pakistani authorities agreed to build an economic corridor in 2007 to facilitate bilateral trade. On November 13, 2016, the first trade convoy came from China to Gwadar Port, managed by Chinese Overseas Port Holdings Limited company.

Last month, the Russian Foreign Ministry denied reports of Pakistani media, alleging that Moscow was in secret talks with Islamabad on implementation of projects within the framework created by the China-Pakistan Economic Corridor.