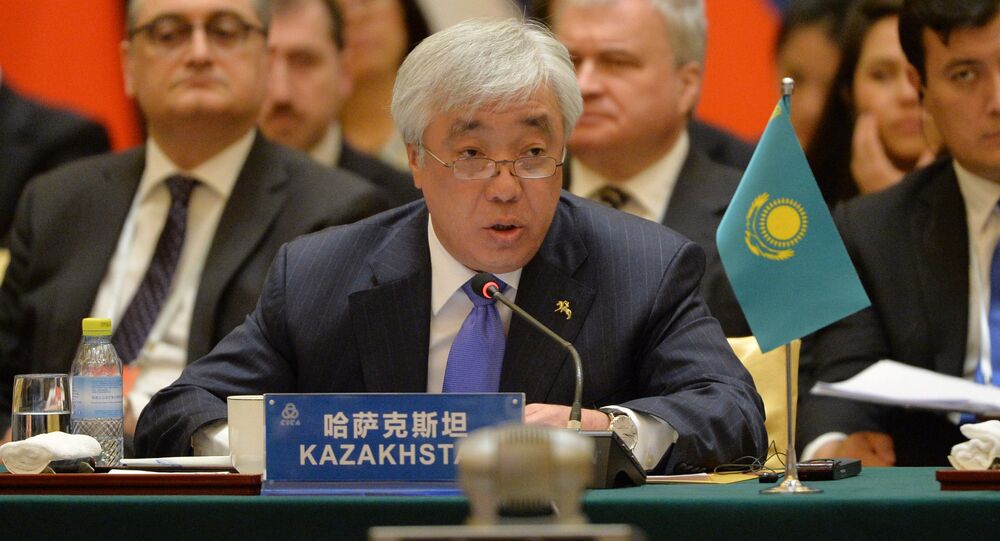 Foreign Minister said that Kazakhstan is ready to provide a platform for peace talks on Syria and is maintaining contact with Russia and Turkey on this matter.

© Sputnik / President of the Ukraine Press-Service
Kazakhstan Ready to Host Russia-Turkey-Iran Talks on Syria - President
ASTANA (Sputnik) – Kazakhstan is ready to provide a platform for peace talks on Syria and is maintaining contact with Russia and Turkey on this matter, Kazakh Foreign Minister Erlan Idrissov said Tuesday.

"There was a general understanding of the possible convenience of using Astana for intra-Syrian talks. Our international partners, namely, Russia and Turkey, are creating the right atmosphere for the talks and determining the agenda. This is what is happening right now, we are staying in touch," Idrissov said.