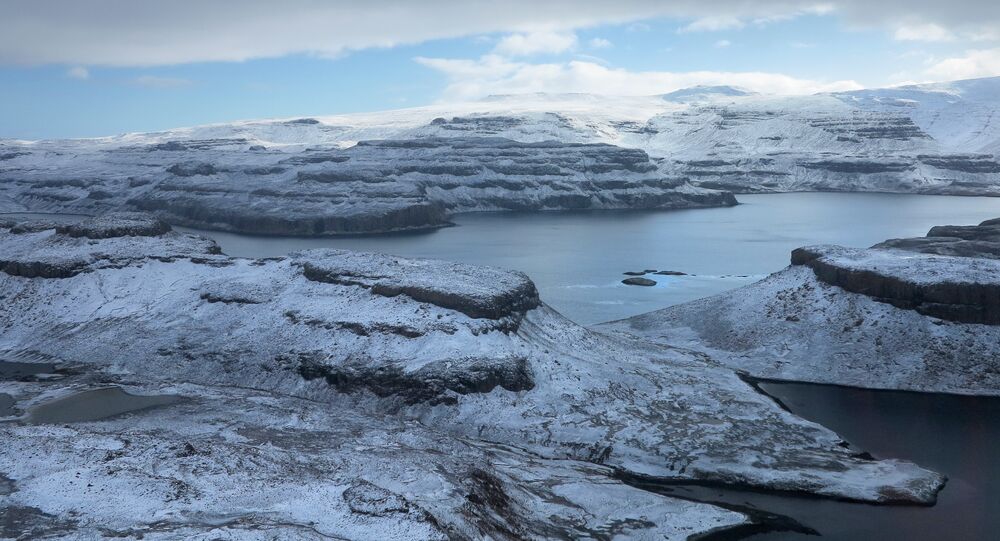 The lost city of Atlantis has been a point of historical interest since Plato first wrote of it in 360 B.C.E. Now some say that the purported ancient civilization may lay under the frozen landscape of Antarctica, where theorists posit that it flourished before the continent was covered in ice.

Some 12,000 years ago, large swaths of Antarctica were ice-free and inhabitable by humans, according to "crustal displacement" theory. Proponents of crustal displacement believe these conditions would allow for Atlanteans, a race of half-human, half-divine people spoken of in Plato’s writings, to thrive until the time of the last Ice Age.

The basis of this hopeful hypothesis is a map compiled from military intelligence in 1513 showing Antarctica’s coast, hundreds of years prior to its actual discovery by European sailors. The images have been largely debunked by scientists, but recent photos from NASA’s Operation IceBridge in Antarctica show what some theorists claim is evidence of an ancient human civilization.

Google Earth images are also thought to show what appears to be a pyramid-like structure protruding from the ice. This confused scientists at the time, and The Sun quotes Dr Vanessa Bowman, from the British Antarctic Survey, saying, "Go back 100 million years ago and Antarctica was covered in lush rainforests similar to those that exist in New Zealand today."

There is no consensus on an actual location of the fabled city of Atlantis in Antarctica, and many do not believe the city was there at all, but rather on the Greek island of Santorini, where it was destroyed by a tsunami and sunk under the waves following an exceptionally violent earthquake.

A charmingly far-fetched Antarctic Atlantean theory holds that Adolf Hitler knew of the ruins and used them for a secret Nazi bunker called "Base 22" or "New Berlin." Some love to posit that Nazis discovered extraterrestrial technology that helped them develop powerful weapons that, given time, would have resulted in the subjugation of the entire human race.

A modicum of credence was given to this theory in October after a tiny Nazi outpost was discovered some 600 miles from the North Pole.

Conspiracy theorists were again set ablaze in 2013 after a video surfaced claiming to reveal the ruins of Atlantis in Antarctica. The footage is said to be from 2002, recovered from a missing California television crew.

Following an Indiana Jones-style script, archaeologist and conspiracy theorist Jonathan Gray said, at the time, that the video was evidence of a government cover-up.

"The US government said it will seek to block the airing of a video found by Navy rescuers in Antarctica that purportedly reveals that a massive archaeological dig is underway two miles (3,200 meters) beneath the ice…The Atlantis TV production crew that shot the video is still missing," he asserted.