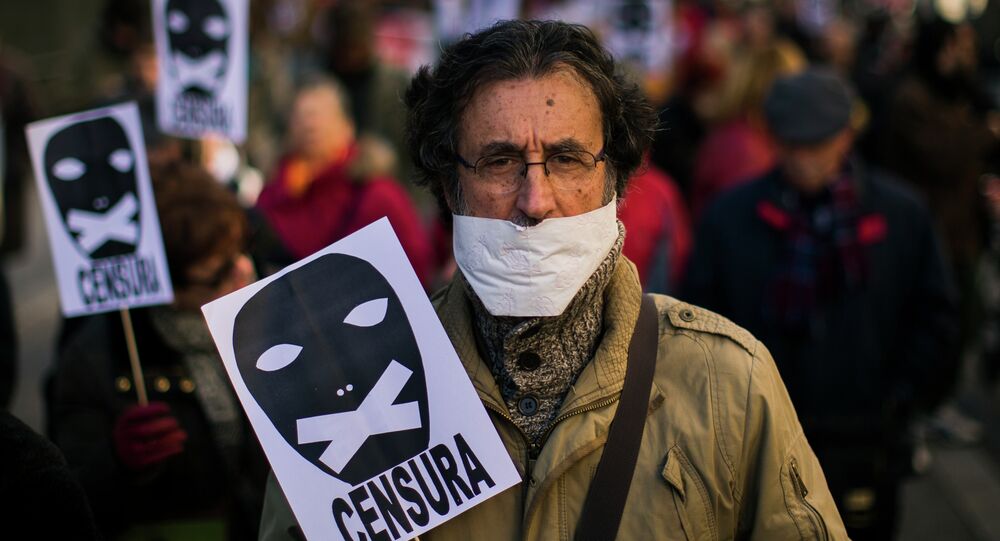 The Russian president said that the West sticks to the same form of censorship it's been criticizing Russia for.

"We are always criticized that we allegedly introduce censorship in the country, now they are practicing in this area themselves," Putin said.

He stressed that Moscow opposes any monopoly, "whether in claims of exclusivity, or attempting to build the rules of international trade for themselves, restrict freedom of speech, de-facto censor the global information space."

The European Parliament voted on November 23 in favor of a resolution on countering Russian media outlets, such as the Sputnik news agency and the RT broadcaster

As many as 304 parliamentarians voted in favor the document, 179 voted against and 208 abstained. As many as 691 officials took part in the vote, meaning less than half supported the resolution.