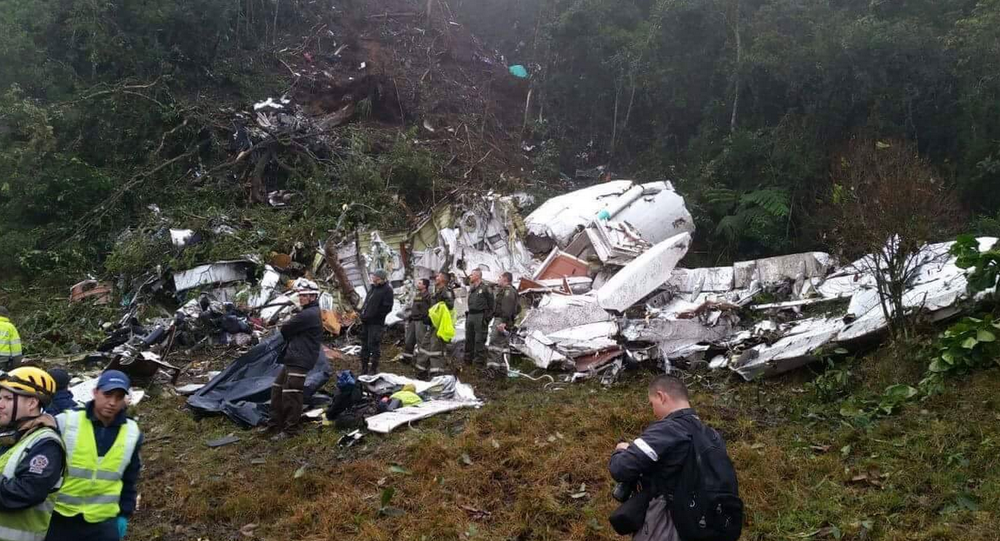 Plane with Chapecoense Brazilian professional football players reportedly crashes in Colombia at around 10:15pm local time in Cerro Gordo after disappearing in the Colombian airspace, the Jose Maria Cordova International Airport in Rionegro said in a statement, adding that there may be survivors.

According to local media, some 81 people were on board, including nine crew members. The football team was going to the South American Cup final against Atletico Nacional in a game set for Wednesday.