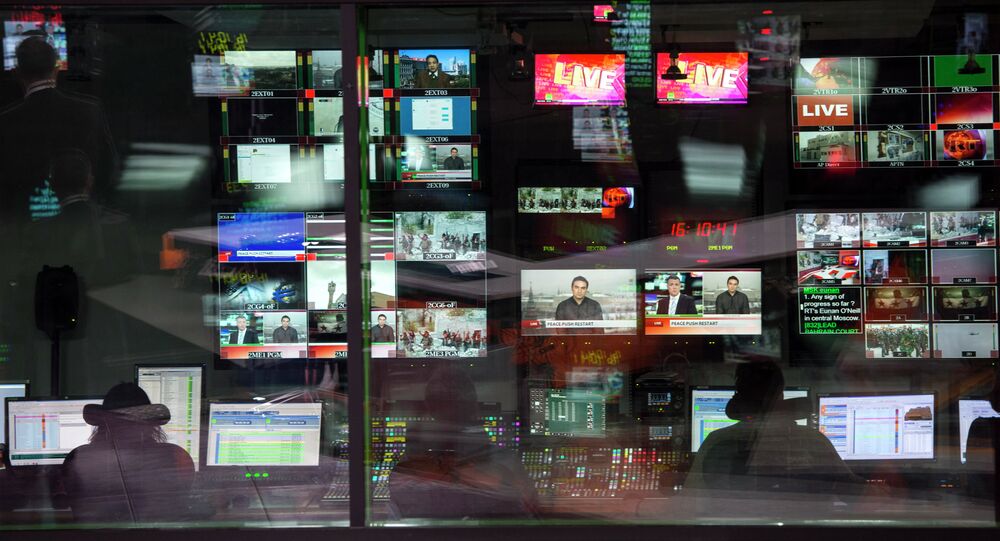 Instead of adopting a resolution on countering Russian media, the EU Parliament should have done something about Radio Free Europe financed by the CIA, Bruno Ballardini, an expert on disinformation, told Sputnik Italia.

© Flickr / European Parliament
EU Propaganda Resolution 'Like Pinocchio Calling His Maker a Liar' – Kusturica
In an interview with Sputnik Italia, Bruno Ballardini, an expert on disinformation and the author of books and articles for major Italian media outlets, touched upon the EU Parliament's recent decision to approve a draft resolution equating counteracting Sputnik news agency and RT TV channel with resistance to Daesh (ISIL/ISIS) propaganda.

Ballardini said that instead, the EU Parliament should have approved a document in relation to Radio Free Europe, a news agency which he said "has been available in a number of European countries, including Italy, since 1950 and which is financed by the CIA."

"We forget about the US propaganda methods, and we forget that the Americans were the first to come up with them. If the European Parliament adopts measures like these, they should have targeted Radio Free Europe, not Sputnik. This radio station [Radio Free Europe] produces propaganda in order to maintain tense relations with the former Soviet republics," he said.

He likened the struggle for the right to freedom of expression to the struggle by corrupt people who destroy the very meaning of the word democracy. "These people are able to put pressure on public opinion and change the meaning of words," according to him.

He recalled that in his latest article he explained how Daesh emerged onto the political scene, describing this terrorist group as "a fragment of al-Qaeda," managed by "the Saudis and the Americans."

"It is an open secret, but the EU has the impudence to compare such propaganda with what the Russian news agencies are dealing with. The Associated Press is also engaged in propaganda which is influenced not only by the US but Israel as well, like in the Italian newspaper La Stampa," Ballardini said.

He pointed to Daesh being the first "to realize the fact that geopolitical interests take the form of news reports and, accordingly, propaganda."

"If you convince people that a certain country is good or bad, it will affect the economy, trade and politics. Unfortunately, modern-day wars are also waged on the information front," according to Ballardini.

"You should continue to do your job, because you are doing it very well, better than many others. I just want the world to awake from its deadly protracted sleep, caused by years of propaganda. The risk of not being woken up is very high, and it may even lead to war. And we cannot afford it," he concluded.

© AP Photo / Evan Vucci
EU Adopted Resolution on Russian Media in 'Panic' After US Election Outcome
Earlier this week, the EU Parliament okayed a draft resolution proposed by EU lawmaker from Poland Anna Elzbieta Fotyga "On EU strategic communication to counteract propaganda against the bloc by third parties", which says that Russia is allegedly engaged in propaganda against the European Union.

A total of 691 lawmakers participated in the vote: 304 voted in favor of the resolution, 179 against it and 208 abstained from voting. The authors of the document equate counteracting Russia with resistance to the Daesh terrorist group and call on EU member states to boost financing counter-propaganda projects.