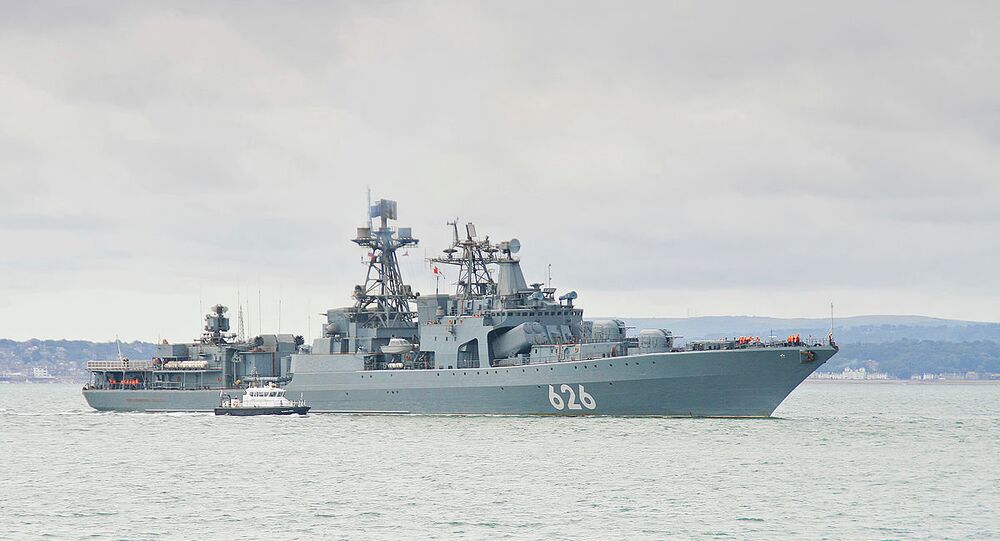 Russia's Vice-Admiral Kulakov anti-submarine destroyer has taken the rescued Ukrainian fishing vessel in tow and is transporting it to the Greek island of Crete, the Russian Defense Ministry said Thursday.

MOSCOW (Sputnik) — The ministry had said Vice-Admiral Kulakov received a distress signal at 05:20 GMT from a fishing vessel registered at the port of Mariupol with seven Ukrainian citizens on board. One of the vessel's crew members has been treated for injuries.

"An injured Ukrainian fishing vessel's crew member was transported to Vice-Admiral Kulakov. The Ukrainian seaman was provided with qualified medical assistance. He is in good health," the ministry said.

"At the request of the captain of the distressed Ukrainian fishing vessel, the Northern Fleet's large anti-submarine ship Vice-Admiral Kulakov took the drifting vessel in tow and is transporting it to the nearest anchorage near Crete," the ministry said.

The destroyer is expected to resume its operations as part of the naval task force stationed in the Mediterranean after wrapping up the rescue mission, the Russian ministry said.

Back on Earth: Cosmonauts Reentry Complete on Crete