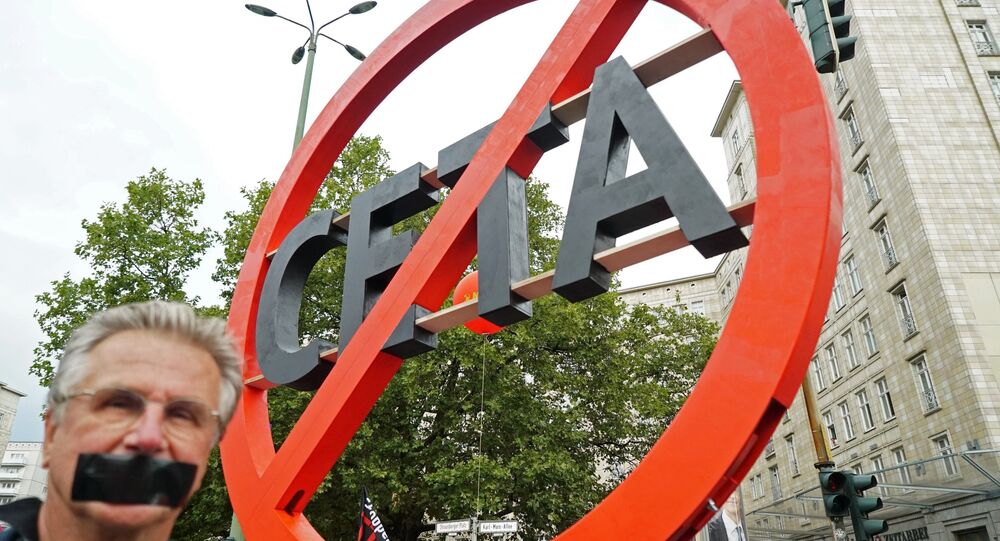 Last-minute efforts to salvage Canada's trade deal with the European Union appear to have collapsed Friday, as Canada's International Trade Minister Chrystia Freeland walks out saying they've reached 'an end and a failure'.

BREAKING: Canadian min announced "the end and failure" of #CETA discussions with Wallonia after her mtg w wallon gov https://t.co/ZNAfUpwiNj

© REUTERS / Eric Vidal
'CETA is a TTIP in Disguise': Why Canada-EU Deal Will Negatively Affect Brussels
"Canada is disappointed and I personally am disappointed, but I think it’s impossible. We are returning home," the minister added.

Talks have been held between the Canadian trade minister, EU and Canadian negotiators and the head of the Belgian region Wallonia. The international trade minister of Canada did not manage to convince Minister-President of Belgium’s region of Wallonia Paul Magnette to approve the signing of the Comprehensive Economic and Trade Agreement (CETA), Premiere radio station reported.

Minister of International Trade of Canada Chrystia Freeland has been actively engaged in the promotion of long-awaited free trade deal with the European Union, but did not convince Paul Magnette at the meeting on Friday to sign the deal at the bilateral summit next week.

"From our perspective these two things are closely linked, because while right at this moment the EU knows deep down that it can't get TTIP through anytime in the near future they're trying to push through CETA because a lot of the things some companies want in TTIP they can actually get in CETA," trade campaigner Mark Dearn told Sputnik.

French President Hollande Hopes to Come to Agreement on CETA