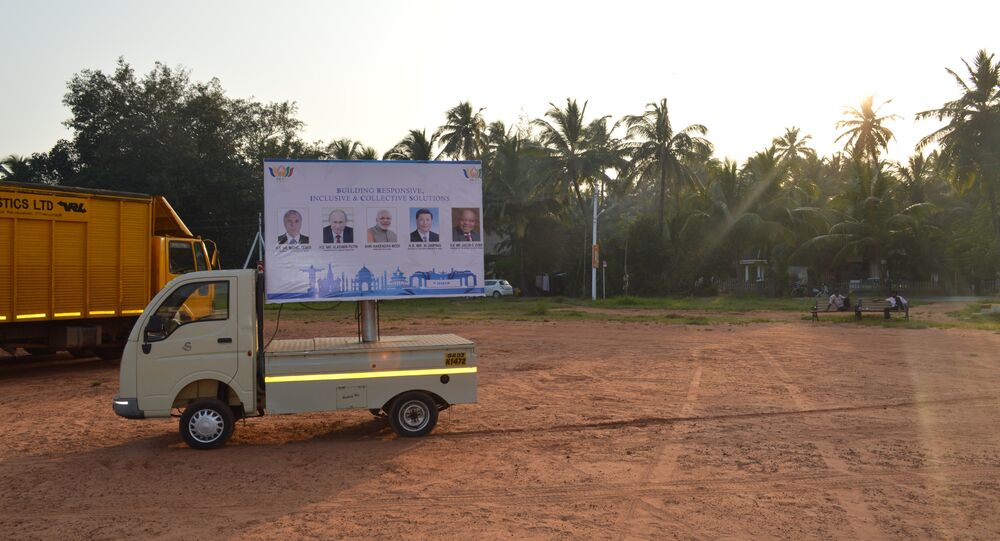 "The BIMSTEC idea of inter-regional infrastructural and political connectivity of various regions is important. I think that during the Chinese presidency in BRICS, we will see much work on these issues, as well as on the pressing for China topic of supporting economic growth," Ryabkov said.

Leaders of the Bay of Bengal Initiative for Multi-Sectoral Technical and Economic Cooperation (BIMSTEC) were invited to join the Goa BRICS summit by India and held a separate session meeting with heads of BRICS countries. BIMSTEC includes Bangladesh, Bhutan, Myanmar, India, Nepal, Sri Lanka and Thailand.

The eighth annual BRICS event took place in India’s Goa on October 15 – 16, and was attended by leaders of Brazil, Russia, India, China and South Africa, who discussed a plan for cooperation in the near future as well as a wide range of political, economic and security issues. The next BRICS summit will take place in China in 2017.

How the BRICS Can Help End War in Syria and Establish a New, Just World Order

How BRICS Members Will Benefit From Leaders’ 'Goa Retreat'