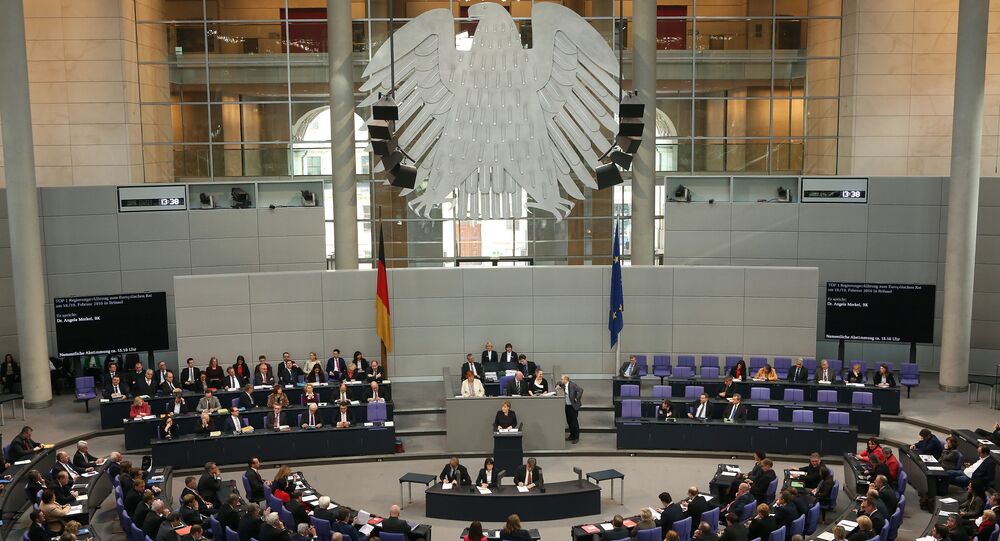 Ineffective Anti-Russian Sanctions German Weapon of Choice Despite 'No Benefit'

Germany's special coordinator for Russia policy Gernot Erler has warned against slapping new sanctions on Moscow over the war in Syria, according to the news network Deutsche Welle.

The statement came after the German newspaper Sueddeutsche Zeitung reported on Friday that Norbert Roettgen, a member of Chancellor Angela Merkel's Christian Democratic Union (CDU) and chair of the Foreign Affairs Committee in the Bundestag, called for new sanctions against Russia over its alleged role in the Syrian crisis.

"These sanctions will not bring us even a step closer to solving the Syrian issue," according to Erler.

He said that Roettgen himself admitted that if adopted, the sanctions would fail to affect the Kremlin's policy in the immediate future.

Erler called for more effort to be made so as to enhance a full-fledged dialogue with Moscow.

"The only solution is to follow the lead of the German Foreign Minister, who is now again trying to engage Russia in a direct dialogue," Erler said, adding that Washington should also restore its dialogue with Moscow.

Meanwhile, the Russian online newspaper Vzglyad called the rumors about new anti-Russian sanctions strange, given that on Wednesday German Foreign Ministry Spokesman Martin Schaefer told reporters shortly before Western officials met in Berlin to discuss the Syrian conflict, that there were no international proposals to impose sanctions on Russia over its role in Syria.

Previously German Foreign Minister Frank-Walter Steinmeier had also reiterated that he did not support the idea of introducing new sanctions against Russia. In his opinion, these measures would not change Russian policy towards Syria.

White House spokesman Josh Earnest, for his part, told reporters on Thursday that the United States does not rule out imposing sanctions on Russia over the current situation in Syria outside the auspices of the United Nations.

The United States, the European Union and some of their allies have imposed several rounds of restrictive anti-Moscow sanctions, targeting key sectors of the Russian economy, as well as a number of individuals and entities.

© Flickr / Alexxx Malev
Kiev Shoots Itself in the Foot with New Anti-Russian Sanctions
The sanctions were slapped on the country following Crimea's reunification with Russia and Moscow's alleged involvement in the conflict in Ukraine, which started as Kiev launched a military operation in the country's eastern regions in April 2014.

Russia has repeatedly refuted the allegations, warning that the Western sanctions are counterproductive and undermine global stability. In response to the restrictive measures, Russia has imposed a food embargo on some products originating in countries that have targeted it.

Change of Power in Germany, France May Lead to Russia Sanctions Lifting

EU Must Seek Exit Strategy Out of Anti-Russia Sanctions