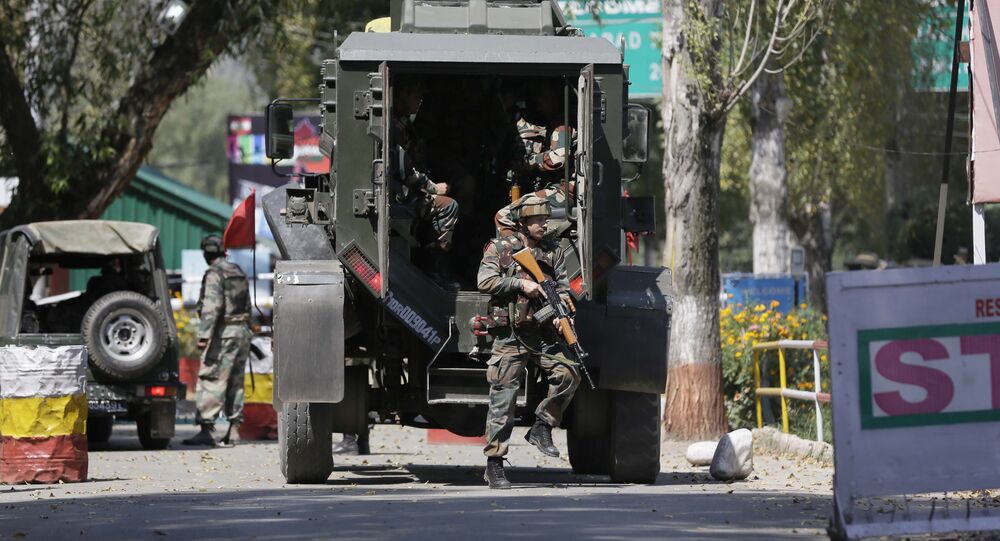 MOSCOW (Sputnik) – On Sunday, four militants reportedly attacked the Army Brigade's headquarters in Kashmir's Uri at 5:30 a.m. local time (00:00 GMT). As many as 17 servicemen were killed.

© AFP 2021 / ANNE-CHRISTINE POUJOULAT
India’s Rafale Fighter Jets to Serve as ‘Strategic Delivery System’ of Nukes
"The UK strongly condemns this morning’s terrorist attack in Indian-administered Kashmir. I offer my deepest condolences to the victims and their families and friends. The UK condemns all forms of terrorism, and stands shoulder to shoulder with India in the fight against terrorism, and in bringing the perpetrators to justice," Johnson said in a statement later Sunday, as quoted by the Foreign anc Commonwealth office.

The region of Kashmir has been disputed by India and Pakistan since the dissolution of British India and the establishment of the two states in 1947. Some local residents, most of them Muslims, especially those residing in the Kashmir Valley, call for greater autonomy or even independence from India.

Who You Gonna Call? India Sees Russia as Best Friend When Crisis Threatens