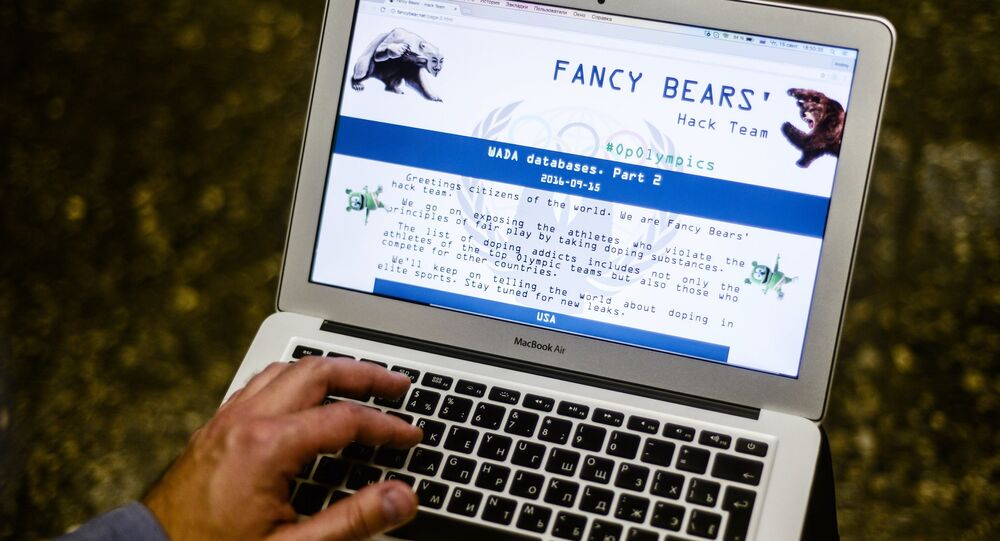 A second batch of secret data from the World Anti-Doping Agency's database of athletes who took part in the 2016 Rio Olympics was released by the hacking group Fancy Bears; the list includes 10 'doping addicts' from the US and five more from Britain.

"The list of doping addicts includes not only the athletes of the top Olympic teams but also those who compete for other countries," the group said in a statement. The hackers have pledged to go ahead with more leaks.

In particular, the second trove of names includes Dagmara Wozniak, an American sabre fencer who represented the US at the 2016 Summer Olympics in Rio de Janeiro.

Also on the list is Kathleen Baker, an American swimmer who won one gold medal and one silver medal at the 2016 Summer Olympics.

On Thursday, the BBC quoted Nicole Sapstead, head of the UK Anti-Doping Agency, as saying that at least 53 "British athletes from the Rio Olympics may be at risk of having their medical details made public."

The stolen files include those related to three-time Tour de France champion Chris Froome and five-time Olympic gold medalist Sir Bradley Wiggins, according to the BBC.

In July 2016, a WADA commission presented a report in which Russia was accused of running a state-sponsored doping program. Moscow has repeatedly maintained that the findings were falsified, and urged the West to keep politics out of sports.

To add fuel to the fire, Russia's track and field team was banned from the Rio Games by the International Association of Athletics Federations (IAAF) in response to the doping allegations.

He recalled in this regard that while Russian tennis player Maria Sharapova was suspended over the use of harmless meldonium, the Williams sisters were allowed by WADA to use painkillers that are commonly prescribed to terminally ill patients.

He said that it is necessary to create a new structure with absolute openness and subject all anti-doping requirements to unified standards.

He was echoed by sports lawyer Artyom Patsev, who underscored the importance of the ethical aspect of the story about American athletes taking banned substances.

We were told about 'outrageous' Russian athletes who used meldonium which, as it subsequently turned out, can be excreted for up to a year and which does not have such a strong effect and does not add muscle mass," he said in an interview with the Russian newspaper Izvestia.

© Sputnik / Vladimir Pesnya
West Using Doping Scandal to 'Wage War Against Russia'
"All these accusations came as US athletes were eating handfuls of steroids. Yes, I do believe that they indeed used them to treat diseases. But then why do you point the finger at the Russian athletes, pretending that you are not involved in using banned drugs?" Patsev asked.

Meanwhile, Russian Sports Minister Vitaly Mutko said that the Russian Ministry of Sport will ask law enforcement agencies to provide assistance to WADA with an investigation into the hacking of its confidential database.

He added that it was hard for him to comment on the list of athletes, because it was related to the Olympic Games held by the International Olympic Committee (IOC) and it should be dealt with by the IOC and WADA.