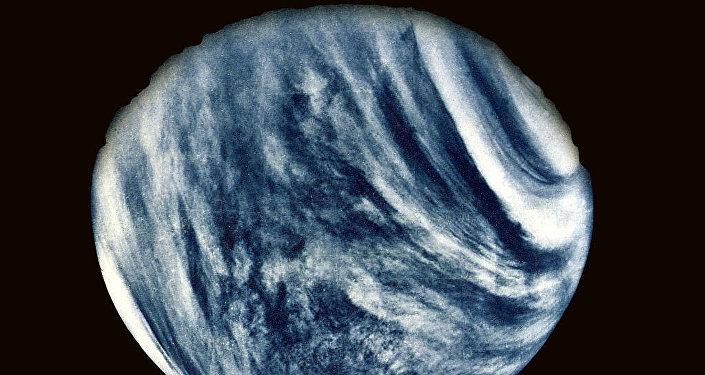 © NASA .
NASA Says Venus May Have Once Been Habitable
The international docking adapter (IDA) is the centerpiece of NASA's Commercial Crew Program, aimed at re-establishing America's capability to transfer astronauts to and from the International Space Station (ISS).

In 2014 Boeing and SpaceX were awarded contracts worth some $6.8 billion to develop commercial crew transportation systems for the ISS. SpaceX is building a crewed version of its Dragon cargo capsule, called Crew Dragon, and Boeing is constructing a crew capsule called the CST-100 Starliner.

The IDA-2 adapter, the second to be built, will allow new spacecraft to dock with the station, beginning in 2017. Spacecraft using the International Docking Standard, including NASA's Orion capsule, will be able to attach to the ISS.

The docking adapter was launched from Cape Canaveral atop a Falcon 9 rocket on July 18 and has remained, until now, inside the Dragon's external trunk section.

© Photo : pixabay
Lockheed Martin, NASA Ink Deal for SkyFire Infrared Lunar Discovery Satellite
On Wednesday, the ISS robotic arm will remove the IDA from the Falcon 9 and place it close to the ISS port. On Friday, Williams and Rubins will don their spacesuits and leave the station for a six-and-a-half hour shift, carefully connecting the IDA to its ISS port.

In four previous spacewalks, astronauts completed preparatory steps for the upcoming installation, including positioning dozens of meters of power and connectivity cabling for the docking adapter. The two astronauts will be assisted in their spacewalk by Takuya Onishi of the Japanese Aerospace Exploration Agency, who will monitor the progress from inside the ISS during the installation.

"There's a very coordinated interplay between the external crew outside, Tak on the inside, and the ground doing the commanding," said Zeb Scoville, the spacewalk flight director, during a NASA briefing.