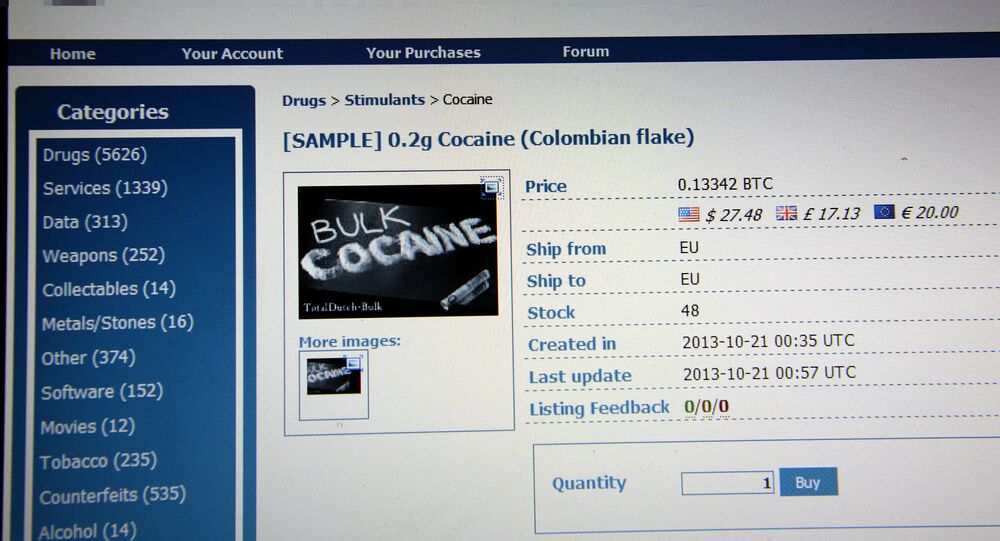 Weeding out the dark net narcotics trade is a tricky task and the demise of the Silk Road, an online marketplace used by traffickers, won't be enough, Tim Bingham, a drug trends researcher, told Sputnik.

© Photo : Pixabay
The Real Deal: More Than 200 Million Yahoo Users’ Info for Sale on Dark Web
In an interview with Sputnik, Tim Bingham, a drug trends researcher, warned that closing down the Silk Road won't be enough to eliminate the Darknet drug trade.

The interview came after a new report issued by RAND Europe stated that the scale of dark web drug trade has tripled since the FBI shut down the notorious Silk Road online marketplace.

"After the closure of the Silk Road, the most popular website for buying drugs through Darknet, dozens of other relevant sites emerged," Bingham said.

He cautioned against jumping to conclusions that Darknet drug trade may be brought to naught after the Silk Road's closure.

"It seems that operators are now learning from previous mistakes as smaller Silk Road-like sites continue to run in the Internet," he said.

The RAND Europe report's findings, meanwhile, suggest that online drug traders are now making twice as much money as back in 2013.

The FBI touted the end of the Silk Road as a major victory against Darknet dealers, boasting that "no one was beyond its reach."

"The drug trade is moving from the street to online cryptomarkets." https://t.co/vuIM5luVqC #bitcoin #darkweb pic.twitter.com/kLLuOwrgpq

However, as the research pointed out, dozens of new dark web marketplaces were quick to pop up after the website's demise, revealing a trend towards a less centralized drug trade.

Stijn Hoorens, a research leader from Rand Europe and one of the authors of the dark web report, said that "the closure of Silk Road has not curbed the growth of these crypto-markets, as more markets continue to be created and more illicit drugs are being bought online."

"This is despite several high-profile law enforcement interventions and exit scans by market administrators," according to him.

Drugs Galore: French MP Demands a Crackdown on Dark Web Sales
Darknet is a private network where connections can only be made between trusted peers and material remains hidden from standard search engines. The Tor Project allows Internet users to hide their locations while offering different services, including web publishing and messaging.

The Silk Road, an online black market, featured prominently on the Darknet, and was best known as a platform for selling illegal drugs. Launched in 2011, the Silk Road was shut down by the US FBI in October 2013.

Silk Road 2.0 came online on 6 November 2013, but it too was closed and the alleged operator was arrested on November 2014 as part of so-called "Operation Onymous."

‘The Dark Web’: Slow and Annoying for Jihadists, Too