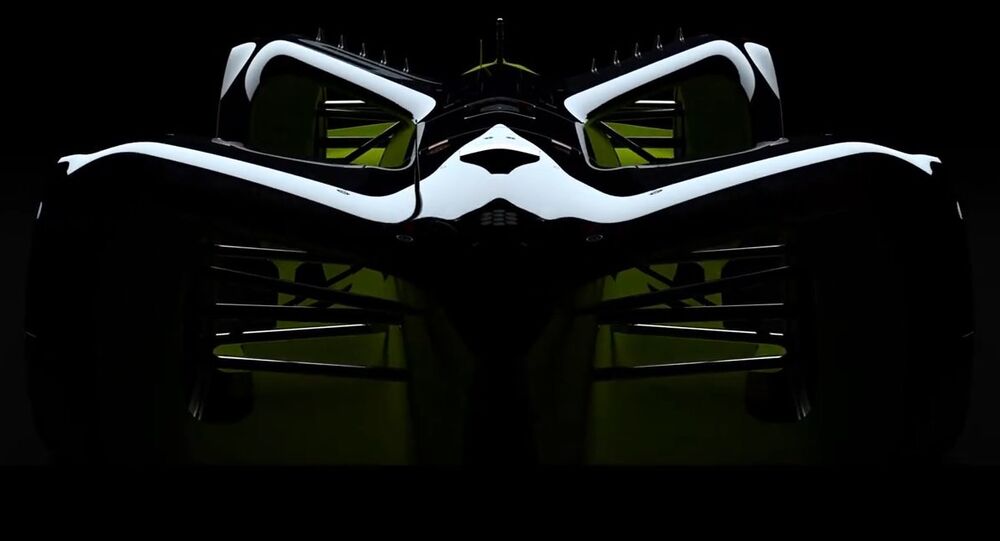 The Future is Here: Catch a Glimpse of the First-Ever Robocar (VIDEO)

The creators of Yotaphone and Lightcycles have teamed up to design the world's first driverless racing cars. Check it out!

In 2015, Formula E, an international motorsport championship that uses only electric cars (EVs), announced a class of auto racing which will be, in fact, a contest of programmers.

The organizers of the Roborace have unveiled the design of their futuristic vehicle — and it is absolutely fantastic! The recent image shows a "production version" of the car with all the details about the bits of tech in this monster.

The car is covered in a number of LIDAR and radar sensors. The Robocar will use two global navigation system sensors on top, though it hasn't been revealed whether these will use GPS or its Russian analogue, GLONASS.

Moreover, the autonomous racecar looks wickedly aerodynamic — just have a look at the curves!

To create these cars, Roborace hired Daniel Simon, a German concept designer and automotive futurist who is best known for his vehicle designs in the science fiction film Tron: Legacy.

In an official release, Simon said his goal was "to create a vehicle that takes full advantage of the unusual opportunities of having no driver without ever compromising on beauty," and that he'd worked with racing engineers and aerodynamicists to strike that balance. It seem like they have succeeded.

It is also known that the cars can go as fast as 300 kilometers per hour — at least, that's what Roborace CEO Denis Sverdlov said in 2015.

Roborace was formed by an investment company called Kinetik, founded by Sverdlov, who created the Yotaphone, established an automotive technology company Charge R&D Ltd, and also held the role of deputy minister of communications and mass media in Russia.

The first race is slated to take place during the 2016-2017 Formula E season, which starts in October. This will be the first global championship for driverless cars.

Pigeon Races Cars on the Highway