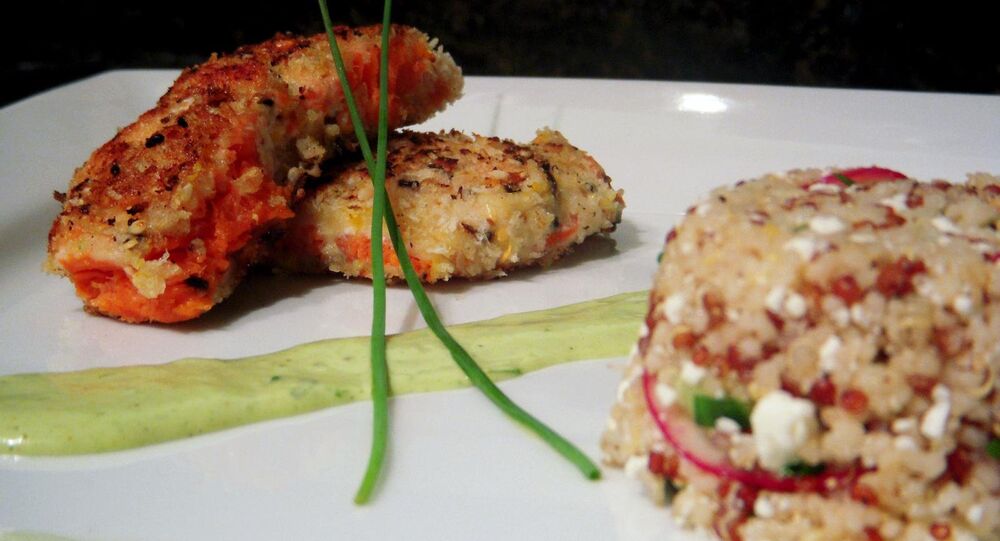 A waiter in Canada has been arrested after serving a man seafood -- a meal that left him in a coma.

© AP Photo / Darko Vojinovic
GMO Salmon Holds Risk of ‘Allergies, Hormonal Disruption’
While incidents such as these generally end up in civil court, Simon-Pierre Canuel, 34, who claims he told the restaurant of his severe seafood allergy twice, is pushing for a criminal case.

“The server had almost killed me,” Canuel told the Globe and Mail in an email. “I know it [was] an error, but that error had almost taken my life. My boyfriend almost lost his boyfriend.”

Canuel claims that immediately upon his arrival at Le Tapageur, a tapas bar in downtown Sherbrooke, he and his partner alerted staff to his allergy. He reportedly reminded the waiter as he took his order, and asked them to go to the kitchen to make sure the chef was aware.

“(The waiter) didn’t take note of this. He never went to alert the chefs,” police spokesman Martin Carrier told the Star.

Canuel reportedly ordered beef tartare, but was given salmon tartare instead. When his food arrived in the dimly lit restaurant he took a bite that could have proven to be fatal. After one bite of the fish he collapsed to the floor in anaphylactic shock.

“The light, it was dark a bit at night. He never noticed that he had been given the wrong dish,” Carrier said. “He took one bite and he noticed it was salmon. He started having a severe allergic reaction. He lost consciousness.”

© AP Photo / Mark Lennihan
Think Twice About That Fish Dinner? Your Seafood Could Be Caught by Burmese Slaves

Canuel’s Epipen was in the car, and so his partner, who is a doctor, attempted CPR

After arriving at the hospital, his heart stopped and he became comatose for 48 hours. He spent five days in the hospital.

On Wednesday, the 22-year-old waiter was arrested, but he has not yet been charged. He has been been released from custody, but had to promise to appear in court, should charges be filed.

In order to prove criminal negligence, the court must prove the waiter acted with “wanton, reckless disregard” for human life.

“It would be extremely rare to see a case like this make its way into the criminal courts,” Daniel Brown, a criminal defence lawyer in Toronto, told the Star. “It must make a lot of waiters uneasy.”

Still, police believe that charges are warranted, given the serious nature of the incident.

“When you don’t do something that is supposed to be your duty, and you show recklessness for the life or security of someone, that’s a crime,” Carrier told the Globe and Mail of their unprecedented decision to recommend criminal charges.

Canuel, who is still recovering, intends to sue the restaurant as well.