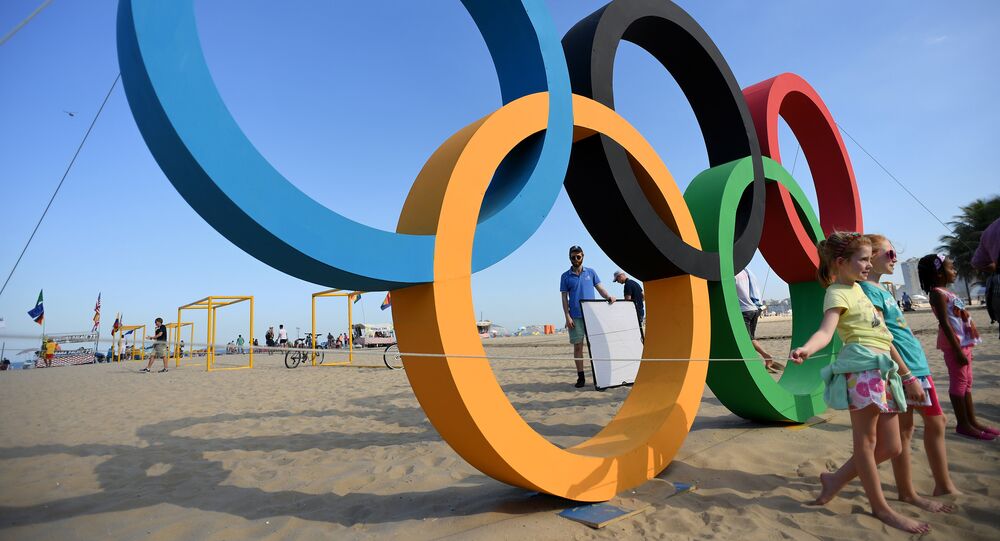 You Get What You Pay for: Ukrainian-Made Olympic Decorations Behind Schedule

Olympics organizers are averse to blaming Ukraine for not providing Rio 2016 Olympic Games decorations in a timely fashion.

“I believe it is right for the Organizing Committee to find the best price available, and thus attacks on Ukraine must immediately stop. There was an international tender, and they offered the best price. It is fair play as we must work in the best price category, and definitely not spend trillions on temporary decorations,” said the mayor of Rio at a press-conference.

Amid criticism that the Olympic Games had fallen behind their preparation schedule, the chairman of the Organizing Committee and of the Brazilian Olympic Committee, Carlos Arthur Nuzman, presented a report about the organization of the Games.

© REUTERS / Pilar Olivares
Over 1,000 US Intelligence Officers to Protect US Athletes at Rio Olympics
Nuzman said that the order for sports facility decorations had been placed with Ukraine for reasons of price and quality, and far enough in advance.

Nuzman promised that most of them will be set up in time for Friday, the day of the Olympic Games' official opening.

Previously a report was issued that only 15 percent of all Olympic decorations were ready.

In defense of Nuzman, Eduardo Paes insisted that the chairman was an “example for the world” when it came to cost-cutting.