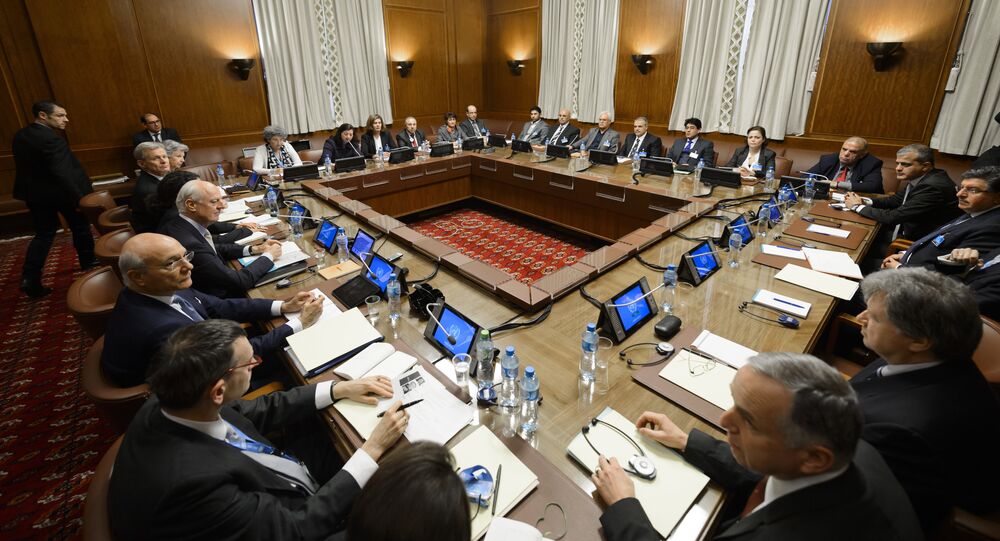 The next round of Syrian Geneva proximity talks will be held in August and it has to succeed.

© Sputnik / Khaled Al-Khateb
Next Round of Syria Talks in Geneva Is Unlikely to Be Last
MOSCOW (Sputnik) — The next round of Syrian proximity talks in Geneva should be held in August and this round has no other options but to succeed, leader of the Syrian Moscow-Cairo opposition platform Qadri Jamil told Sputnik.

"There is an urgent need to start the third round of talks in Geneva as soon as possible, during August. This round has to take place and should be successful. It should be a final round, and there is no other option – the failure is impossible, because the fate of the Syrian people and the Syrian crisis hinge on these talks," Jamil said.

He stressed that the sides participating in the talks should realize the responsibility they bear and finally sit down to the negotiating table.

"If the talks do not take place or are not successful, this will fail the entire negotiating process that has been held in Geneva, and it will be hard to restore it from scratch. That would be a great damage for the Syrian people," Jamil said.

The latest round of intra-Syrian talks took place in Geneva on April 13-27. The opposition’s High Negotiations Committee (HNC) walked out of the negotiations, citing the continuous fighting in Syria and the lack of progress on humanitarian issues.