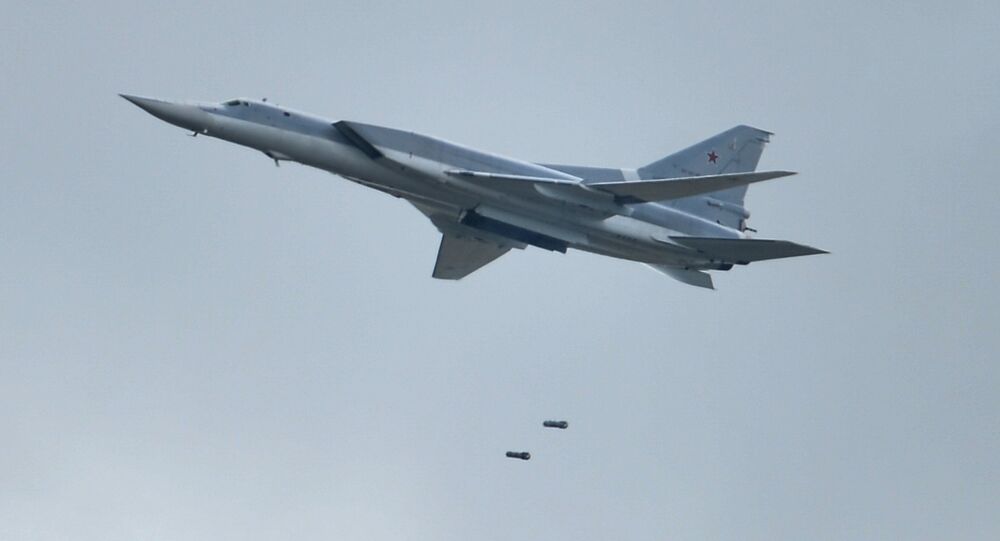 "As a result of the airstrikes, a large terrorist encampment, three ammunition depots, three tanks, four armored vehicles, eight cars equipped with heavy machine guns as well as a large number of terrorists were destroyed," the statement read.

"On the morning of July 12, six Tu-22M3 long-range strategic bombers carried out a concentrated attack using high-explosive ammunition on Daesh targets east of Palmyra, As Sukhnah and Arak," the statement read.

Among the targets identified and confirmed through intelligence channels in recent days, the ministry said a large IS field camp, three arms depots, three tanks and a large number of militants have been destroyed in the attack.

​All bombers returned safely to airfields after striking Daesh targets in Syria.

"All planes returned safely and landed in their airfields. In order to ensure flight safety, representatives of the [US-led] international coalition have been notified of the attacks in advance," the ministry underscored.

The representatives of the US-led international coalition have been notified in advance about the Russian airstrikes and the flight corridors of long-range Russian bombers.

Syria has been suffering from the fighting between government forces and opposition, as well as extremist groups.

The Russia-US brokered ceasefire regime in Syria came into force on February 27. The al-Nusra Front and Daesh terrorist groups, which are outlawed in Russia, are not part of the ceasefire deal.

Kerry to Visit Moscow on July 14-15 to Discuss Syria, Ukraine