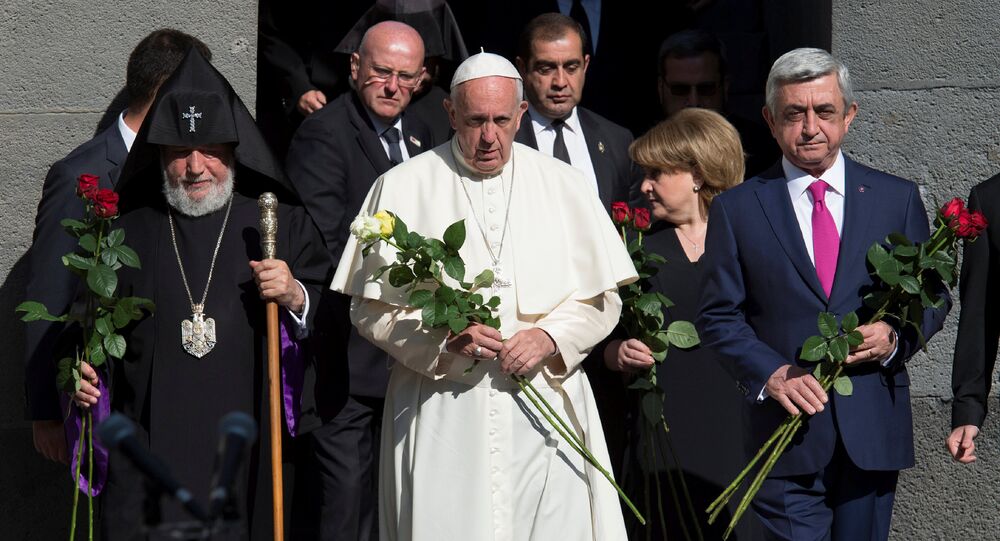 Pope Francis was speaking on the issue of reconciling the Armenian and Turkish people, there is nothing in pope's words that may be interpreted as 'crusader spirit,' according to Director of the Holy See Press Office Federico Lombardi.

Pope Francis visited the Tsitsernakaberd Armenian genocide memorial complex in Yerevan on Saturday during his visit to the country. During his earlier speech at the presidential residence, the head of the Roman Catholic Church used the phrase "Armenian genocide" for the second time during his reign. This promoted a response from Turkish Deputy Prime Minister Nurettin Canikli, who reportedly accused the pope of having "crusader mentality."

"He did not speak against the Turkish people. The pope was speaking on the issue of reconciling the Armenian and Turkish people…There is nothing in pope's words that may be interpreted as 'crusader spirit.' The pope's mission is not to foment war, but to lay the foundation for peace between the peoples," Lombardi said.