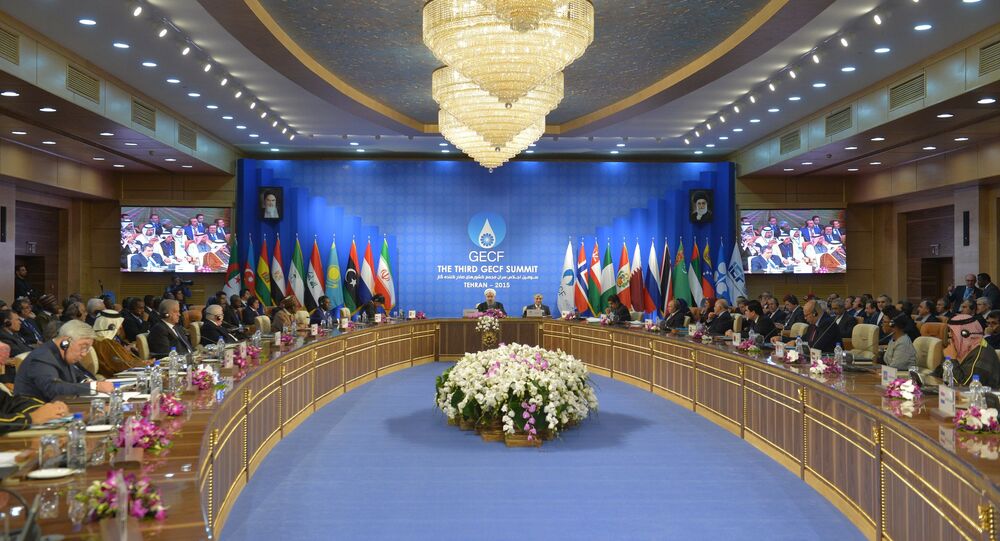 OPEC members will convene in Vienna, Austria on Thursday to discuss a plan to freeze oil production, two months after the previous attempt to freeze output at January levels failed when Saudi Arabia failed to back the deal.

"Everything is up for discussion, we can [discuss quotas]," Badri told reporters.

Earlier, Iranian Oil Minister Bijan Zangeneh said that the meeting will focus on negotiating a cap on output and the allocation of output quotas to OPEC members. He added that agreement is unlikely to be reached.

© AP Photo / Hasan Jamali
OPEC Members Talk Production Ceiling Ahead of Thursday Session - Reports
Widespread doubt has been cast on whether the OPEC meeting will have any impact in swaying the cartel's members towards restricting output over the need to raise prices. Previously, Iran refused to take part in a potential output freeze deal, driving Saudi Arabia to pull out.

The slump in oil prices, which had been driven by a glut in global supplies, has mostly passed, according to Badri.

"The oil market is rallying, the price is increasing, I think that bad times, the bad period has been put behind," he said.

Prices have rebounded since January, gaining over 70 percent by May. By mid-May, the Brent crude benchmark approached the price of $50 per barrel. On Thursday, oil prices were largely unresponsive to the OPEC meeting.

OPEC to Discuss Request From Gabon to Rejoin Organization on Thursday

169th OPEC Session to Take Place in Vienna on Thursday