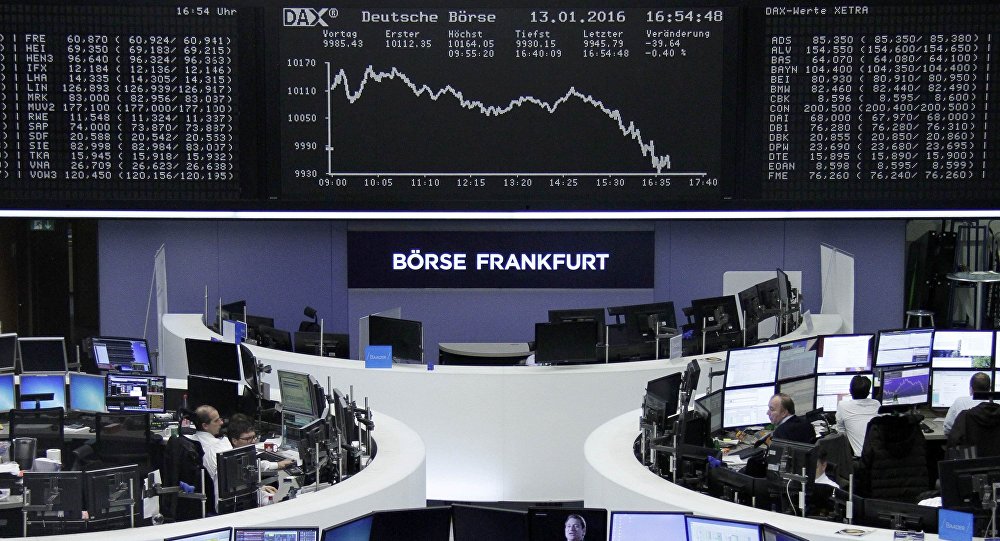 Russian bond yields are now lower than Eurozone countries like Portugal, suggesting that investors see Moscow's fiscal policy as a safer bet than that being carried out in the Eurozone.

© Sputnik / Igor Russak
New Reforms: How Low Oil Prices and Economic Sanctions Play for Russia
Russian bond yields are now lower than those of the Eurozone, suggesting that investors seeking a safe bet should look towards Moscow, the Wall Street Journal reported on Tuesday.

The newspaper compared the yield on Russian Eurobonds with those issued by Portugal, a member of the European Union, the Eurozone, and the Organization for Economic Cooperation and Development.

Just over a year ago, after more than a year of anti-Russian sanctions, Russian dollar debt yielded more than twice as much as Portugal's.

"With Russian dollar bond yields now lower than Portugal's, don't be confused about the message from the market: Concerns about the weakest members of the eurozone have picked up again, even as emerging-market worries recede," wrote Markets Columnist James Mackintosh.

"Here is a simple explanation. Investors think highly indebted Portugal, with a socialist government, is more likely to default than Russia, which has little debt and has shown itself willing to pay. Portugal is rated as junk by all three of the main rating companies, while Russia has clung to its investment-grade status."

Mackintosh also focused on the discrepancy between dollar-denominated bonds issued by Eurozone countries, and those in Euros, which are subject to the European Central Bank's €80 billion program of bond-buying that launched in March 2015, and is set to continue until March 2017.

While the price of Euro-denominated bonds has risen thanks to the increasing demand, the handful of bonds Eurozone countries have in other currencies have a higher yield, demonstrating that investors still see their debt as a risky bet.

"As the central bank began quantitative easing, a persistent gap opened up between Portugal’s dollar- and euro-denominated spreads relative to safe bonds, a differential that widened when the ECB expanded its buying in December," Mackintosh wrote.

Alan Higgins, chief investment officer of the private bank Coutts, told the newspaper that the market has seen "a mania for Russian bonds."

Last week the Russian Ministry of Finance issued sovereign debt for the first time since 2013, selling $1.75 billion in ten-year Eurobonds at an annual yield of 4.75 percent.

Total bids for Russian bonds topped $7 billion, while the Russian Finance Ministry limited total bids to a maximum of $3 billion.

On Thursday columnist Todd L Wood in the Washington Times also remarked on the demand for Russian bonds, this time comparing Russia's offering with that of the US.

"What most Americans don't realize is that Russia has very little sovereign debt, at a time when U.S. sovereign debt is approaching $20 trillion," he wrote.

"Where would you rather place your money?" he asked.

"Would you place it in US Treasuries, where you earn nothing from a country with debt levels above 100 percent of GDP and rising? A country with no end to irresponsible spending in sight?"

"Or would you place your cash with a government that is surviving despite having the global kitchen sink thrown at it and whose chief means of generating trade revenue — oil — has collapsed in price? Now that commodity is rebounding and there is very little debt to speak of," he pointed out.