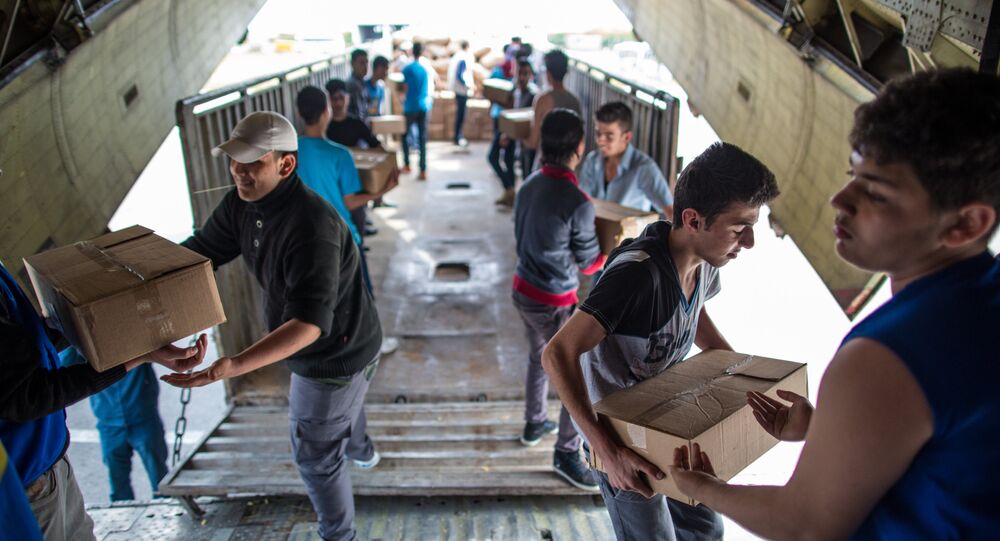 "Today, we distributed 3 tonnes of humanitarian aid among Al-Qabu inhabitants who really need support. Children received a variety of treats, including waffles, cookies and candy," the spokesperson told journalists.

Pentagon Rules Out Joint Anti-Daesh Operations With Russia in Syria

Not by Jets Alone: This is the Secret to Russia's Success in Syria