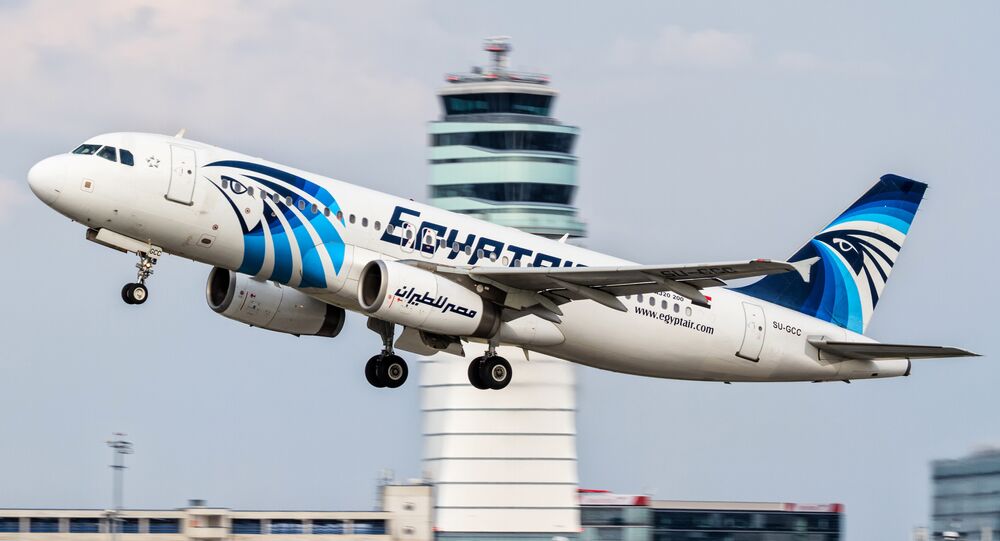 Experts of the French Bureau of Inquiry and Analysis for Civil Aviation Safety (BEA) accompanied by an Airbus technical adviser will arrive in Egypt in the coming hours, according to the statement of the BEA.

© AP Photo / Petros Karadjias
NATO Ready to Help Investigate EgyptAir Flight MS804 Disappearance
MOSCOW (Sputnik) — The French Bureau of Inquiry and Analysis for Civil Aviation Safety (BEA) sent a team of investigators to be accompanied by an Airbus plane manufacturer expert to Egypt to take part in the probe into the crash of the EgyptAir flight MS804, the BEA said in a statement issued on Thursday.

The Airbus A320 disappeared from radar screens earlier on Thursday. Following the plane’s disappearance, the Egyptian Civil Aviation authorities informed the BEA about opening a safety investigation, according to the statement.

“A team of three BEA investigators accompanied by an Airbus technical adviser will arrive in Egypt in the coming hours,” the statement said.

According to international laws, the BEA, representing the state of aircraft’s manufacturer, has to be involved in the investigation.

The EgyptAir flight departed from the Charles de Gaulle Airport in Paris at 23:09 GMT on Wednesday. The aircraft was heading for Cairo International Airport. According to the airline, there were a total of 66 people on board the plane, including 56 passengers.

Later in the day, the airline confirmed that searches found the wreckage of the aircraft in the Mediterranean Sea.