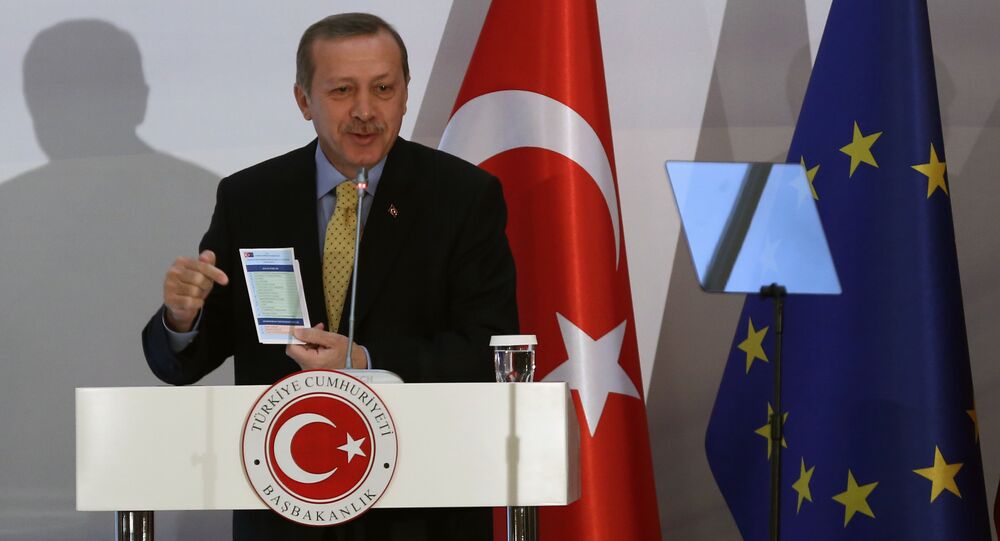 Ankara introduced a decree providing visa-free entry for European Union citizens, according to an official journal of Turkish government; EU passport holders who hadn't already enjoyed visa free status will no longer have to pay thirty dollars to obtain a visa sticker at Turkey's airports.

The decree will come into force once the European Union adopts a reciprocal measure, providing visa-free entry into the Schengen Area for Turkish citizens. Interestingly, nationals of Bulgaria, the Czech Republic, Denmark, Estonia, Finland, France, Germany, Greece, Hungary, Italy, Lithuania, Luxembourg, Romania, Slovakia, Slovenia and Sweden can already visit Turkey without a visa for 90 days within a 180-day period. Latvians are allowed to stay for 30 days and all other EU citizens must either purchase a 20 USD visa in advance or buy one upon arrival for 30 USD.

© CC0 / Pixabay
EU Commission: Turkey Meets Less Than Half of Visa-Free Regime Conditions
In mid-March, the European Union and Ankara agreed on a deal under which Turkey pledged to take back all undocumented migrants who arrive in the European Union through its territory in exchange for Syrian refugees who have obtained asylum legally in Turkey, on a one-for-one basis. In return, the 28-member bloc pledged to accelerate the Turkish EU accession bid and introduce a visa-free regime between Turkey and Europe.

Earlier on Tuesday, reports emerged of the European Commission planning to give a conditional green light to implementing the visa-free regime on Wednesday. Turkey has yet to meet EU requirements on human rights, press freedom and the treatment of minorities, which it must address before qualifying for the free travel deal.