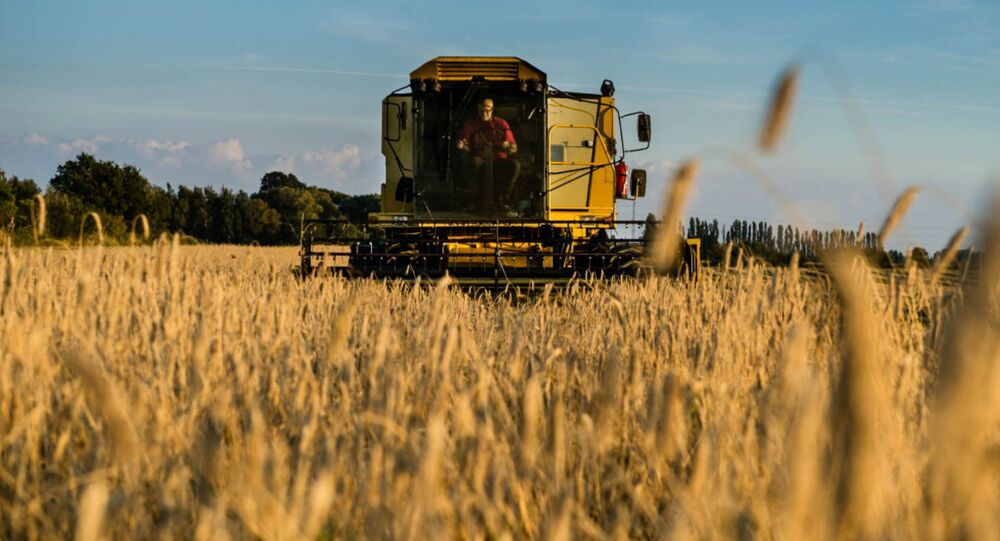 According to the Russian Agriculture Minister Alexander Tkachev, Russia and China will enhance agrocultural cooperation in the near future.

BEIJING (Sputnik) – Russian Agriculture Minister Alexander Tkachev proposed on Tuesday the establishment of a Russia-China business council in the agricultural sector to enhance bilateral cooperation in this sector.

"In order to intensify interactions in investment and cooperation between the state bodies of the two countries and the agricultural business community, I propose to consider the establishment of a Russian-Chinese business council in the agricultural sector," Tkachev said during a meeting with his Chinese counterpart Han Changfu.

© Sputnik / Sergey Mamontov
Russia Wants to Increase Agriculture Exports to China, Southeast Asia
According to Tkachev, this format will allow for the establishment of closer ties between Russian and Chinese agricultural companies and determine a full list of joint investment projects in agriculture, taking into account the interests of all parties.

The Russian minister said that Moscow was generally satisfied with the current development of the bilateral ties in the agricultural sector, but noted that the cooperation could still be more comprehensive.

According to Tkachev, Russian wheat supplies to China will begin "in the nearest future."